Donald Trump's Scottish courses were an early focus of research for the dossier. 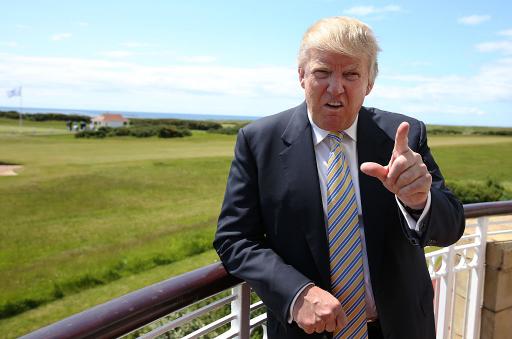 Donald Trump's Scottish golf courses have been investigated by the team behind the dossier on the US president's alleged ties to Russia.

It has now emerged that the finances of Mr Trump's golf courses in Aberdeenshire and South Ayrshire were an early focus of research for the dossier.

The connection was revealed when a US senator leaked a transcript of an interview with the co-founder of the company which produced the report.

The confidential meeting with Glenn Simpson in August last year was part of the official Trump-Russia inquiry.

Mr Simpson, who started Fusion GPS in 2011, told US officials his investigators "did an enormous amount of work" on Mr Trump.

He said: "We were not totally focused on Russia but we were at a point where we were drilling down on specific areas. Scotland was one."

Mr Simpson said the reason for investigating Mr Trump's golf courses was to establish more information about his financial dealings.

"The original inquiry was into the value of the courses, whether he had to borrow money to buy them, whether they were encumbered with debt, how much money they brought in, what valuations he put on them, and property tax filings," he said.

"[Mr Trump] has golf courses in Scotland and Ireland and one of the facets of UK company law is that private companies have to file public financial statements.

"So we went and ordered the records - the financial statements of the golf courses."

Donald Trump
Trump
Previous
Dustin Johnson: Do not mess with my weights or I'll be mad
Next
Golf Escapes Generator: Find your perfect golf holiday