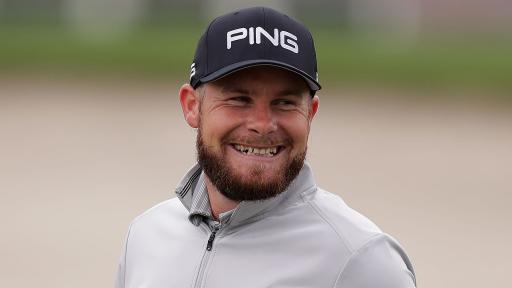 Tyrrell Hatton joins a select group of players already making their mark in the professional game and are represented by Modest! Golf.

The 27-year-old is one of the management company’s highest profile signings to date after playing in last year’s Ryder Cup and inside the world’s top 50.

“I am thrilled to have signed with such a great company like Modest! Golf,” said Hatton. “I know they already have great young players on the books despite only starting out in recent years. I am delighted to become part of this impressive stable of players.”

“Modest! Golf have a growing reputation on tour and the things they are doing for the game, not only through player representation but also hosting tournaments, providing opportunities to players and developing the next generation.

“The company ethos of Modest! Golf is something that sits comfortably with me. I recognise the hard work that goes on behind the scenes from the likes of Niall, Mark and Danny and I very much look forward to working with the Modest! team during the next chapter of my career,” added the Englishman.

Hatton is a three-time winner on the European Tour after his breakthrough victory at the Alfred Dunhill Links Championship at St Andrews in 2016. Hatton obviously has an affinity with the Home of Golf and Scotland’s east coast as he returned the following year and successfully defended his title. A week later he recorded his third European win at the 2017 Italian Open.

Last year, he was part of Thomas Bjorn’s winning European Ryder Cup team that defeated the Americans in Paris 17.5-10.5. He has enjoyed top 10s at The Open, US Open and US PGA and is currently 42nd in the Official World Rankings.

“We are honoured to have Tyrrell join our talented roster of players,” said Niall Horan, Modest! Golf Founder. “Tyrrell has already achieved so much in his career and today we welcome one of the best golfers in the world to our team.”

Modest! Director of Golf and former tour player, Danny Wardrop added: “We are delighted to sign Tyrrell and welcome him to the Modest! team. I’ve had the privilege of working with Tyrrell for a number of years and look forward to continuing our relationship.”

In a few short years, Modest! have built up an exceptional stable of players. Their first signing was Italy’s Guido Migliozzi who has won twice on the European Tour since joining Modest! The 22-year-old, who writes a regular Tour blog for us here at GolfMagic, won the Kenya Open in March before landing his second title at the Belgian Knockout earlier this month.

Irish female sensation Leona Maguire is also represented by Modest! and is currently making her mark in the States. The former amateur world number one has already won twice on the Symetra Tour in 2019 (Windsor Golf Classic and Symetra Classic). And finally, rising South African star Christiaan Bezuidenhout, who was third at the recent BMW International Open.

Modest! Golf are one of the key sponsors and driving forces behind the recently launched ISPS HANDA World Invitational Men | Women to take place at Galgorm Spa & Golf Resort and Massereene Golf Club in Northern Ireland from August 14-18, 2019.

The World Invitational is a first of its kind for Europe where men and women will compete for the same prize money in the $500,000 event.