ULTIMATE DAD FAIL! Golfer receives driver for Christmas but it all goes WRONG!

Not the one he was after! 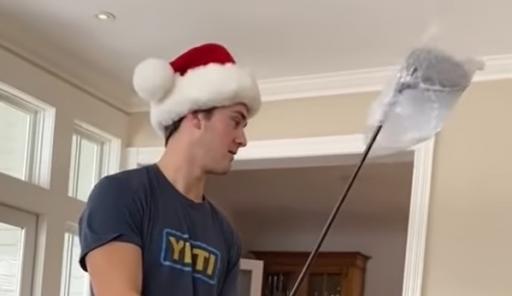 We've all received an unwanted Christmas in the past before, but perhaps not quite as frustrating as this one!

A video has gone viral this week of a golfer unwrapping what he thought was his brand new driver from his father.

WATCH: JOHN DALY FIRES SHOTS AT BRYSON DECHAMBEAU OVER HIS LONG DRIVING ON THE PGA TOUR

WATCH: PAULINA GRETZKY AND DUSTIN JOHNSON PARTY HARD AS THEY RING IN THE NEW YEAR

All was well as the right-hander opened it up, only to soon realise that Dad had purchased a left-handed version.

Delight turned to disappointment very quickly for the golfer dressed in a Santa hat.

Potential plot twist to the story... the Dad could be a left-hander. Who knows?!

Here's how other golf fans reacted to the video.

"Kids these days, can't appreciate anything."

"Dad is definitely a lefty!"

"It's the thought that counts! I'll order you another son!"

"I'm a lefty and could do with a driver if he's looking to get rid."

"To be fair there are much better deals on left handed clubs these days."

"I once received a driver and was buzzing with it. I then went to tee off with it and the head went further than the ball. Can only assume it was a knock off from somewhere!"

"I find golf is much tougher left handed. Then again, I can't play it much better right handed."

NEXT PAGE: DO NOT PLAY FOR MONEY AGAINST THIS GOLF-MAD BABY - WATCH THIS