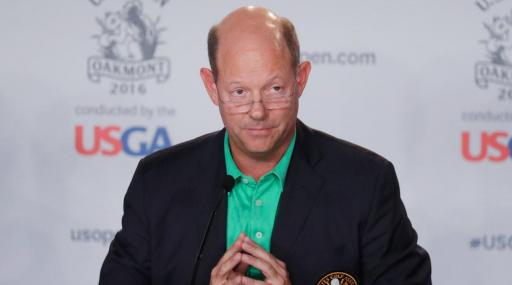 The USGA Executive Director Mike Davis says the increase in distance players hit the golf ball has had a “horrible” impact on the game.

Tiger Woods recently said something had to be done regarding the distance a modern golf ball travels, a sentiment Bridgestone agreed upon.

“I don’t care how far Tiger Woods hits it,” Davis told the Journal which is looking at the impact of distance restrictions.

“The reality is this is affecting all golfers and affecting them in a bad way. These courses are expanding and are predicted to continue to expand. All it’s doing is increasing the cost of the game. The impact it has had has been horrible.”

However, Acushnet CEO Wally Uihlein, who heads up the parent company of Titleist, disagreed in a letter sent to the Wall Street Post.

Uihlein pointed to other factors, such as instruction and player fitness, while also pointing blame at the lack of imagination from course designers.

"The only people that seem to be grappling with advances in technology and physical fitness are the short-sighted golf course developers and the supporting golf course architectural community who built too many golf courses where the notion of a 'championship golf course' was brought on line primarily to sell real estate," he wrote.

He also had strong words for Bridgestone.

"Given Bridgestone’s very small worldwide market share and paltry presence in professional golf, it would seem logical they would have a commercial motive making the case for a reduced distance golf ball," Uihlein wrote.