USGA on 'rollback': no decisions made

Second study to look at distance data from 'recreational golfers'. 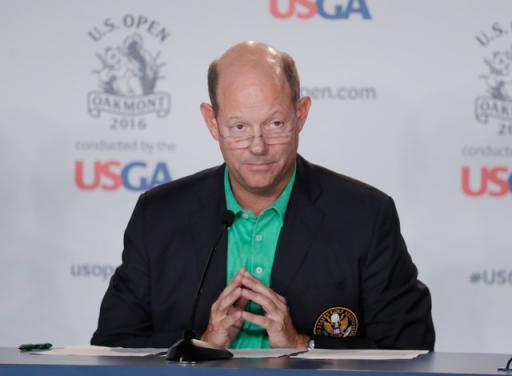 The USGA have not made any decisions on whether there will be a “rollback” on golf equipment, other than nothing happening in 2019.

Chief executive Mike Davis addressed the contentious subject ahead of the 2018 US Open, and there was only one concrete answer to come out of it.

“The notion that we’re going to be rolling the ball back next year is simply not the case,” he said.

This comes after a report showed a distance increase in pro golf in 2017, which led to reports there would be a 20% rollback on equipment coming in 2019.

But that suggestion was quashed by Davis. Rather, there will be a second study done on amateur golf, as the first only looked at stats on the pro Tours.

“There is good data (already available) on what Bubba Watson and Dustin Johnson do,” he said. “That’s not the data we need. We need data on what is happening with the 34,000 golf courses around the world. What’s going on with the recreational game and how it’s being played, the time and the cost.”

That work is scheduled to take over a year, and will be more of an information gather than a decision driver. Whether a decision will come shortly after that is anyone’s guess - Davis is adamant they have come to no conclusions.

“What we’re trying to say to all the stakeholders is ‘Hey, let’s not get ahead of ourselves,’ ” he said.

“If this was just about the elite game, you could solve that very easily,” he said. “And that’s if there is a problem, and I think a lot of people say there’s not a problem. But we believe this issue has gone broadly into the game, and that’s why we’re looking at it broadly because we know golf courses, even the ones that aren’t hosting elite events, have been expanding. Why have they been expanding? Why a hundred years ago were courses all 6,400 yards, most of which don’t even have the elite game being played on them, why did they expand?”

So, no change. You can expect this rollback debate to roll on.