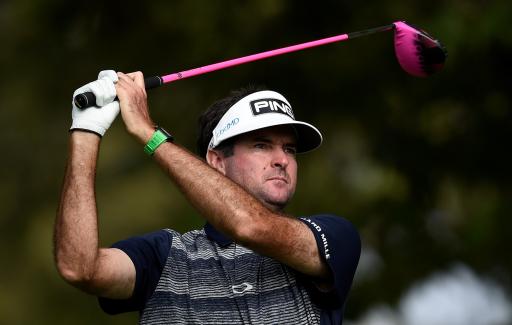 Available from today through to November 15, the official 'Bubba Ball' is full of powerful stats to compliment Watson's power off the tee, perfect for long fairways when players must focus on distance.

The collaboration between WB Games, Playdemic and Watson also extends to 'Bubba's One Shot Challenge' - a bespoke closest to the pin style in-game event based on the popular Golden Shot feature in Golf Clash.

Available from today through to November 18, this limited time challenge showcases a pink coloured driver in honour of Watson, and gives participants a chance to win the 'Bubba Ball' by hitting a hole-in-one.

Additionally, select animated emotes personalised with Watson's likeness are now available in Golf Clash, allowing players to add a hint of expressive flavour to their best moments on the virtual golf course.

"I've been a big fan of Golf Clash so it's a thrill to be immortalised in the game," said Watson, who bids to win The Masters for a third time at Augusta National this week.

"Whether you're hitting a monster drive with my customised 'Bubba Ball' or trying your hand at my closest to the pin style 'One Shot Challenge', I've got you covered on the virtual course."

"With the new 'Bubba Ball', 'Bubba's One Shot Challenge' and personalised animated emotes, we've collaborated to create original in-game content that perfectly matches Bubba's prowess and style on the course, while also providing players with a unique and exciting gaming experience."

Players can also purchase the 'Bubba Ball' beginning today through to November 15 for $4.99 to use throughout their Golf Clash experience with no expiration.

Golf Clash is available now to download for free on all iOS and Android devices and is the perfect way to compete against friends and family, anytime, anywhere. To learn more, visit Playdemic.com or join the Golf Clash community conversation on Twitter (GolfClashGame), Facebook (GolfClashPlaydemic), Instagram (GolfClashGame) and YouTube (Golf Clash).