WATCH: Andrew 'Beef' Johnston in tears after 62 at Scottish Open

Beef shoots stunning 9-under 62 on final round of the Scottish Open to punch last-minute ticket to The Open! 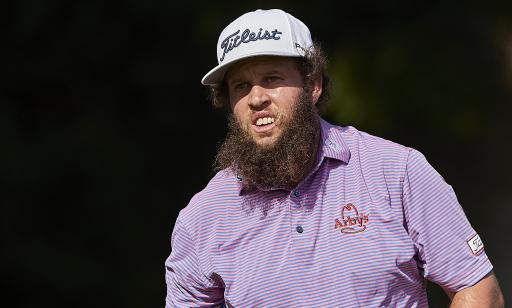 Andrew 'Beef' Johnston was reduced to tears following a final-round 62 at the Scottish Open - his lowest ever round of golf on the European Tour and one that books him a last-minute ticket into The Open at Royal Portrush.

Johnston recently told in a European Tour blog of his mental health struggles following a difficult run of form on the course.

The Englishman revealed how after one round in South Africa at the end of 2018, he played so poorly that he "just went back to the hotel room and cried."

But Johnston put all of his recent struggles to one side on Sunday at The Renaissance Club by firing a stunning 9-under 62 to post 19-under par in the clubhouse, enough for a tie for fourth. It marks his best finish since finishing second to Matt Wallace at the 2018 Indian Open.

The relief of finally playing some of his best golf again was clear for all to see during Beef's post-round interview with Sky Sports Golf's Tim Barter...