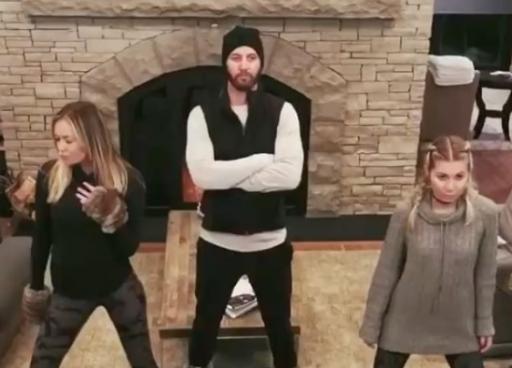 Player of the Year, US Open champion, Ryder Cup winner, a music video recreation master. It's fair to say Dustin Johnson will be hard-pressed to repeat his remarkable 2016 season.

But he is already heading in the right direction.

Fresh off a solid tie for sixth at the Tournament of Champions two weeks ago, Johnson has unleased yet another blockbuster music video with his fiancee Paulina Gretzky, this time filmed from a ski lodge that looks about as far from the golf course as you can possibly get.

In Johnson's latest Instagram post, the big-hitting American's role appears the norm - to just stand in the background with his arms folded and look badass.

He's done a pretty good job of it to be fair.

Here are some more music videos the loved-up couple have been making.