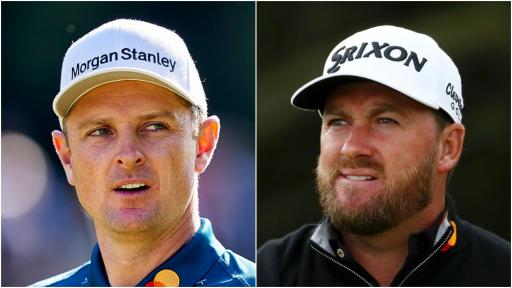 There might be a lack of live golf going on right now, but Justin Rose and Graeme McDowell squared off in a virtual 9-hole Mastercard Challenge Match at Pebble Beach on the WGT YouTube channel last night.

Without spoiling the result too much, we encourage you to watch the video below to view the match in full. All we will say is that one of the players has clearly been playing this game too much during quarantine.

During the match, Rose and McDowell speak openly about their past US Open victories and memories and experience of Pebble Beach...

"First time I was there was in college, and we played an event on the West Coast. We didn't get to play the course then but we got the chance to have some lunch and get a feel for the course there," said McDowell, reflecting on his 2010 US Open triumph at Pebble Beach.

"You feel like you are walking in history in the footsteps of legends when you get to Pebble Beach.

"I was obviously fortunate enough to win a US Open there. It feels great to be part of the furniture at Pebble Beach forever, it's just such a special place.

"I then got to play the AT&T Pro-Am with my dad in 2014, and the weather was just perfect the whole week. It's just a great walk. It's hard to beat Pebble Beach as regards real estate."

WATCH: WGT - THE PERFECT GOLF GAME TO KEEP YOU SANE DURING LOCKDOWN!

Rose, who won the 2013 US Open at Merion, also reflected on his experience of Pebble Beach.

"I first played Pebble in a corporate event in 2006," said Rose. "I stayed at Spanish Bay and got to experience the Fire Pit and the cool evenings. The 17-mile drive itself is just incredible, and all of this was before I even got to the golf course. The whole area is stunning.

"I knocked it round there with a few guys, it was very relaxed and we had a great time there. I missed the US Open when G-Mac won there in 2010, but I played the AT&T Pebble Beach in maybe I'm guessing 2016 and 2017."

The match was all part of WGT’s contribution to the #PlayTogetherApart campaign - a movement to encourage people who are stuck inside as a result of social distancing measures to get involved in gaming.