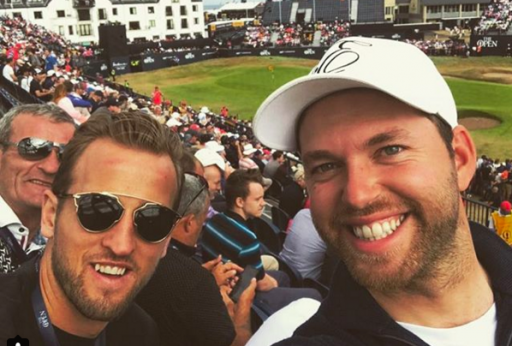 England captain Harry Kane was jeered as he appeared on the Sky Sports Open Zone at the 2018 Open in Scotland.

Scotland against England – the oldest international fixture, first being played in 1872 – is a fierce rivalry between the bordering nations.

England’s run to the World Cup semi-final will not have gone down well in Scotland, particularly after their team was unable to secure a spot for the Finals in Russia.

It probably didn’t help that “Three Lions” was blaring out as the Spurs striker was unveiled.

And equally fuzzy when he beat Scott Brown's score pic.twitter.com/Ay25gYeBlJ