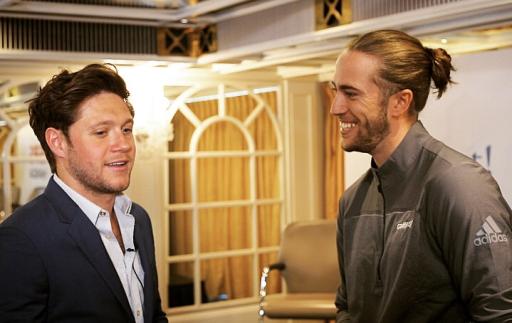 You might know him from his days at One Direction or his flourishing solo career, but Niall Horan is also having a huge impact on the golf industry, using his company Modest! Golf Management to grow equality in the sport.

Modest! Golf has presented what was formerly known as the NI Open for a number of years and it quickly became the most successful and best attended event on the European Challenge Tour. The event has now been transformed into a new global event for both men and women professionals, who will be playing for equal prize money.

The ISPS HANDA World Invitational will take place on August 15-18 across two venues, Galgorm Castle Golf Club and Massereene Golf Club, with a prize pot of $500,000 split down the middle for men and women.

GolfMagic was invited to the launch of the event at London Hilton on Park Lane, where we caught up with Niall Horan for a chat about the event and the journey Modest! Golf Management has been on these last three years. As well as that, Niall gave us his thoughts on GolfMagic blogger and European Tour winner Guido Migliozzi, who is represented by Modest! Golf, his good friend Rory McIlroy, the glorious return to form of Tiger Woods and Niall's hot tips for the USPGA Championship this week...

RELATED: Guido Migliozzi writes for GolfMagic on his 'magical' win