Check out the swings of McIlroy and Saso, and see for yourself... 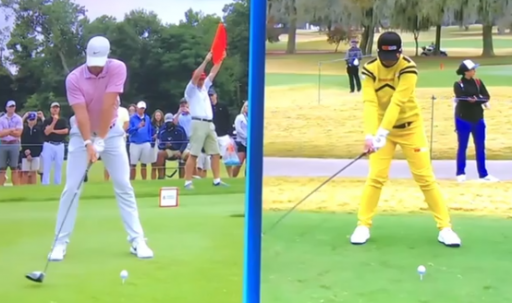 Rory McIlroy might have one of the most picture perfect golf swings in the world, so it's a fairly good one to try and emulate if you want to get any good at this game.

That certainly appears to have been the play for 19-year-old LPGA sttar Yuka Saso after watching her in action at the US Women's Open over the weekend. Watch the video below to make your own mind up:

Judging by the comments on Instagram, it would appear some are all over this comparison, while others can't see it at all. Which camp are you in? Let us know on our social media post.

"Very similar? They each have a backswing, and a follow through... that's about it," commented one golf fan.

"Anyone that says this is different is clearly useless or very stubborn," argued another golf fan. "Rory just has a much better tempo. It's not hard to see the younger generation taking aspects from the best in the game."

We can personally see a lot of similarities in these two swings, especially in the first half of the swing.

Saso, ranked 57th in the world rankings, is just 19 years old and from the Philippines.

She opened up with a 69 at the US Women's Open but currently finds herself in a tie for 32nd as things stand in the final round, which has gone into a Monday finish due to inclement weather.

Saso is 1-over par through five holes in her final round and she sits at 5-over for the tournament, nine strokes off the pace currently set by Hinako Shibuno.