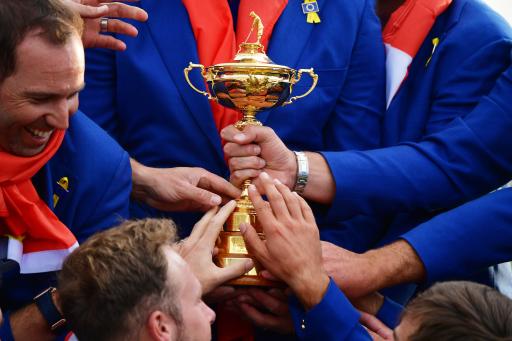 Europe regained the Ryder Cup with a seven-point victory over the United States at Le Golf National in Paris on Sunday. Here, Press Association Sport looks at where the 42nd contest was won and lost...

Tommy Fleetwood, a past winner on the course, made the most of his knowledge of Le Golf National (David Davies/PA)

Le Golf National has hosted the European Tour’s French Open every year since 1991, with the exception of 1999 and 2001, and Europe’s players simply knew the course far better than their opponents. Only Justin Thomas, Brooks Koepka and Bubba Watson had played the course in competition and only Thomas – who was the top American points scorer – managed to make the cut. In contrast Europe could boast the last two French Open champions in Alex Noren and Tommy Fleetwood and captain Thomas Bjorn made sure the set-up favoured his side and punished the bigger-hitting, but more wayward, Americans.

Both captains had four wild card selections and Jim Furyk’s were little short of disastrous. Tony Finau did well on his debut with two wins, including a thrashing of Fleetwood in the singles, but Tiger Woods, Phil Mickelson and Bryson DeChambeau failed to earn a single point between them. Bjorn’s selection of veterans Sergio Garcia, Henrik Stenson, Paul Casey and Ian Poulter was not universally popular, but the quartet contributed 9.5 points and Garcia surpassed Nick Faldo as the top scorer in Ryder Cup history.

The much-vaunted “Task Force” set up after the loss of Gleneagles helped the Americans win back the trophy at Hazeltine in 2016 and seemingly form a more cohesive unit, but the cracks again began to show in Paris. Furyk’s decision to split up the successful pairing of Jordan Spieth and Patrick Reed did allow Spieth to win three points from four matches with good friend Thomas, but Reed lost both matches with Woods and Reed’s wife Justine took to social media to suggest that Spieth, rather than her husband, was behind the split. In contrast, the “bromance” between Fleetwood and Francesco Molinari resulted in a record four wins and Stenson and Justin Rose renewed their winning partnership as well.

For all the talk about course set-up, wild cards and pairings, the Ryder Cup ultimately comes down to which team plays the best golf and, apart from the opening session, Europe were deserving winners. In the foursomes session in which the United States were whitewashed for the first time ever, their four pairs were a combined 11 over par while Europe’s were four under in tough, windy conditions. Mickelson conceding to Molinari after dumping his tee shot on the 16th into the water summed up the poor performance of the American team as a whole.

Much was made before the start of how the American team was the strongest ever assembled, with an average world ranking of 11.2 and stuffed with major champions like Woods, Mickelson, Reed, Koepka, Spieth, Thomas, Webb Simpson, Watson and Dustin Johnson, who also happens to be the world number one. And while they would never say so in public, perhaps those players believed the hype which led one American journalist to say they would “roll to victory in Paris” and set the stage for more than a decade of “blowouts” in the biennial contest.