Who made and missed the cut for the next FedExCup play-off?

Take a look at some of the players who have failed to advance to the second FedExCup play-off event. 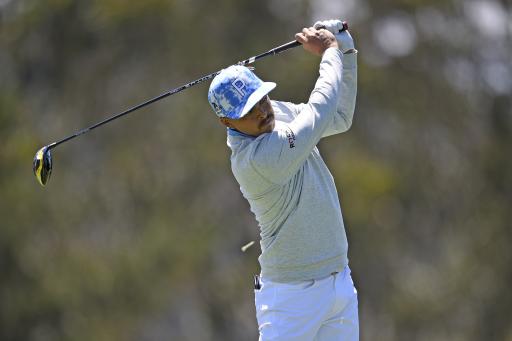 The first FedExCup play-off event at The Northern Trust was dominated by Dustin Johnson, who looked to be back to his best as he reclaimed the World No.1 spot and put himself top of the FedExCup standings, as he looks to win it for the very first time, but there were some huge stars who failed to advance to the BMW Championship.

The top 125 players in the FedExCup standings played in The Northern Trust, fighting to break into the top 70 to play in this week's play-off event at Olympia Fields, where the final 30 will make it to East Lake to play in the Tour Championship.

Phil Mickelson missed the cut at TPC Boston, which ultimately meant he failed to break into the top 70 of the FedExCup rankings by just 32 points, although he is currently leading in his Champions Tour debut.

Ian Poulter (88th), Justin Rose (91st) and Tommy Fleetwood (92nd) all failed to make it to Olympia Fields this week, as did Rickie Fowler (94th).

Four time major champion Brooks Koepka was forced to pull out of The Northern Trust due to an injury, stopping him from breaking the top 70, whilst major winners Zach Johnson and Jordan Spieth couldn't even break the top 100.

Louis Oosthuizen showed that experience pays off after he rolled in a birdie putt at the final hole last week to secure the final spot, which saw Doc Redman miss out on a place in the next play-off.

Tiger Woods currently sits in 57th place, so will need a very good result if he is to make it to the Tour Championship, whilst Rory McIlroy - who has also struggled for form - sits in 12th place thanks to his form earlier in the season.