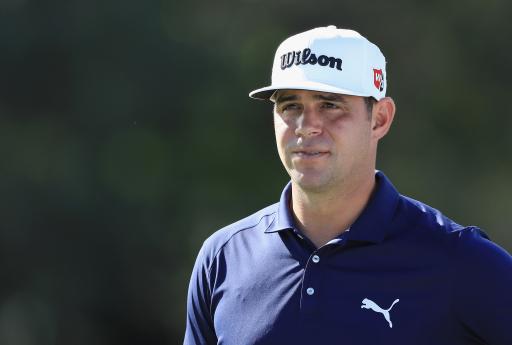 Wilson Golf has enjoyed one of its most successful years with Staff Advisory players capturing wins using its latest clubs on both sides of the Atlantic.

Scotland’s David Law began the year in style with victory at the ISPS Handa Vic Open in Australia in February before Gary Woodland’s Major win at the US Open in June – the brand’s 62 nd Major win with its irons, more than any other.

Denmark’s Benjamin Poke recently continued the winning feeling with a dominant display at Final Qualifying Stage at Lumine Golf Club, Tarragona, Spain. The 27-year-old had just completed his rookie season on the Challenge Tour, shot all six rounds in the 60’s (67-67-
69-67-69-64) to seal his emphatic victory by six shots and gain a place on the European Tour in 2020.

Further success has come from England’s Jack Senior, who has recently re-signed to Wilson in a multi-year deal after he gained his European Tour card with a T4 finish at the Challenge Tour Grand Final.

Jack, who ended the year in sixth spot on the Road to Mallorca Rankings, having won the inaugural ISPS Handa World Invitational in August and performed well in the closing stages, joins a strong line up of talented golfers playing with Wilson clubs on Tour next season.

They include two current top-25 players on the Race to Dubai - Frenchman Benjamin Hebert (17) and fellow Englishman Paul Waring (23) – as well as Europe’s Ryder Cup Captain and 3-time Major winner Padraig Harrington. Swede Joakim Lagergren, a winner on his rookie season last year completes the list. On the PGA Tour, Wilson retains Woodland who used the Staff Model Utility Iron for the first time during his Pebble Beach victory after joining the brand in January, plus Brendan Steele.

“This year has been a tremendous success from our Advisory Staff members on both sides of the Atlantic and it’s put the brand in the spotlight, exactly where it should be,” said Doug Wright, Global Commercial Director of Wilson Golf.

“Gary started us off with his maiden Major win using brand new clubs throughout his bag and the efforts from Jack and Benjamin Poke in recent weeks to gain their European Tour cards has been fantastic. Paul and Ben (Herbert) have had their best seasons ever in terms of
Race to Dubai standings and all of this is testament to their hard work and the quality of the products we’ve had in their bags,” he added.

On the PGA EuroPro Tour, Richard Mansell gained his Challenge Tour card with a 2nd place finish on the Race to Desert Springs standings. The 24-year-old attached to Beau Desert Golf Club near Birmingham, enjoyed a successful season with seven top-10’s in 12 events,
including three second places and a victory at the COBRA PUMA Championship Macdonald Portal Hotel, Golf & Spa in July.

“Prospects are as strong as ever for Wilson Golf next season and I’m looking forward to seeing the guys using new products and hopefully enjoying the same, if not more success than this year,” added Doug.