Tiger Woods says things are "progressing" - expected to take a few weeks off. 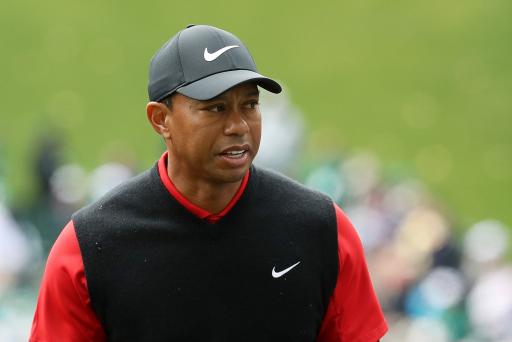 Tiger Woods has re-entered the world’s top 100 for the first time in three years after finishing T32 at the Masters and is now expected to take a short break from competing.

Ranked 1,199 before his return from spinal fusion surgery in December, the 14-time major champion climbs from 103rd to 88th in the rankings.

Woods, who has spent a record 683 weeks at the top of the rankings, has three top 10 finishes in 2018, including a runner-up at the Valspar Championship last month.  Dustin Johnson remains as world number one after coming T10 at Augusta.

“But, overall, I’m five or six tournaments into it. To be able to compete out here and to score like I did, it feels good.”

Woods suggested he will take a rest following the first major of the year, before returning to the Tour.

“Generally after this tournament, I put away the clubs for a while,” Woods told ESPN.

“I usually take three to four weeks off, through my entire career, and usually the clubs are put in the closet, and I just kind of get away for a while.

“The run-up to this event is pretty hard and pretty grueling. I pushed myself pretty hard to get ready. And I peaked at it four times [in his Masters victories] over the course of my career, and it’s tiring.”

It is thought he will return at Quail Hollow for the Wells Fargo Championship in three weeks, before competing for the Players Championship.

US PGA
Why a teenage Talor Gooch turned down chance to watch Tiger Woods
US PGA
How to live stream the US PGA Championship for free online
Golf news
Manchester United's Cristiano Ronaldo plays golf in extremely short shorts
US PGA
Max Homa describes Southern Hills as "one of best courses" he's ever played
US PGA
Rich Beem on Tiger Woods' US PGA chances: "Southern Hills is no pushover"