Reigning World Long Drive Champion Kyle Berkshire posted a video where he hit a 260-yard shot with his lob wedge. 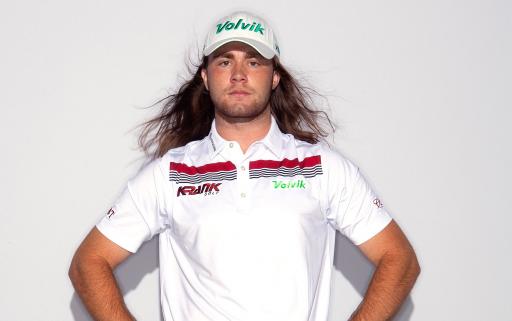 Just in case you weren't already a little insecure about your lack of power off the tee, the reigning World Long Drive Champion Kyle Berkshire uploaded a video to his Instagram page where he hit a 260-yard bomb with his lob wedge...

Berkshire was victorious at last year's World Long Drive Championship when he hit a 406-yard smash in the final, although he did face questions and controversy when he was accused of cheating in a previous round.

The World No.1 long-driver frequently posts videos on his Instagram page, where he boasts around 160,000 followers, showing his fans some absolute bombs and not just with his driver.

Berkshire sent his fans into a meltdown when he recently posted a video that he filmed last year, hitting his lob wedge 260 yards. Watch the shot in the video below:

Here’s a 260 yard lob wedge that I hit last year! 115 mph clubspeed and 158 mph ballspeed. (@trackmangolf numbers at the end) If I get a nice tailwind I might try to get the lob wedge past 300 someday

The numbers that appear on the Trackman monitor after the shot are incredible, with Berkshire reaching 115 mph clubhead speed and 158 mph ball speed.

To put things into perspective, according to Trackman, the average clubhead speed on the PGA Tour with a driver is 113mph and an average of 167mph ball speed.

Not bad Kyle, not bad.