YouTube sensation Jake Paul proves he is certainly not a golfer

Jake Paul has become one of the biggest stars in entertainment and social media in the world, but how good was he when he went to the driving range? 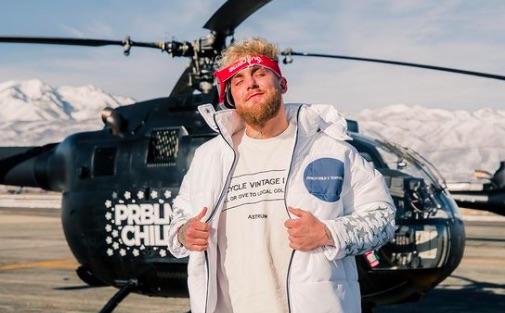 When it comes to celebrities in the modern world, there is arguably no one who both infuriates and entertains as many people like Jake Paul.

Paul found fame on Vine and YouTube and it is fair to say that 'fame' doesn't do justice to just how well-known he is now. Over 20 million YouTube subscribers later, he has grown into a social media phenomenon.

Paul's career has evolved into something very different now. Not only is he a boxer, but he also works in boxing promotion and is currently promoting some of the sport's top figures.

At just 25 years old, the American has already had a packed life which includes boxing in front of a live crowd against UFC fighter Tyron Woodley at the Rocket Mortgage FieldHouse in Cleveland, Ohio.

RELATED: TIGER WOODS GETS ROBBED AT TORREY PINES DURING THE FARMERS INSURANCE OPEN

The YouTube boxing scene is a bizarre world that appears to still be growing. The YouTube golf scene has always been very strong, but it is fair to say that Paul won't be involved in this field.

In a video posted recently by the Colorado Golf Blog, Paul is at the driving range with some friends and he attempts the famous Happy Gilmore shot.

He gets ready and takes the shot, but it was very disappointing. The ball barely got airborne as it scooted low and across the floor.

Paul is currently known for calling out fighters with which he has very little chance of competing. Well, let's hope he doesn't call out Bryson DeChambeau for a long drive contest any time soon.

Golf is a game that needs hours of practice and dedication. So who knows? If he puts as much into his golf as he does in his social media work, Paul could emerge on the golf YouTube scene.