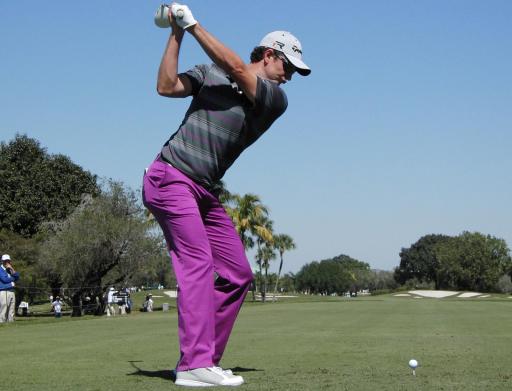 So how did Rose become the new US Open champion? Well, by hitting plenty of fairways and imperious ball striking at a treacherously difficult Merion Golf Club where finding the straight and narrow was a premium.

The 32-year-old is not just one of the best ball strikers on the planet, reflective of topping the PGA Tour greens in regulation stat in 2012, but also one the longest.

From a series of recent driver snaps, you can see how the South African-born Englishman sets up extremely well balanced at address.

If you have ever seen Justin live before, you will also notice how before he pulls the trigger, he sits back from the balls of his feet and onto his heels.

As Rose takes the club back, his shaft remains very much out in front of his hands and he neatly pivots around his spine while keeping the shoulders centred over the ball. That’s because Justin’s goal is to get all his weight onto – and all of his force against – his left leg.

Into the downswing and you can see how Justin averages over the 300-yard mark off the tee. Justin aggressively shifts weight toward his left side and then slides the hips to the left before bringing the shaft - from well behind his hands - back on plane through impact.