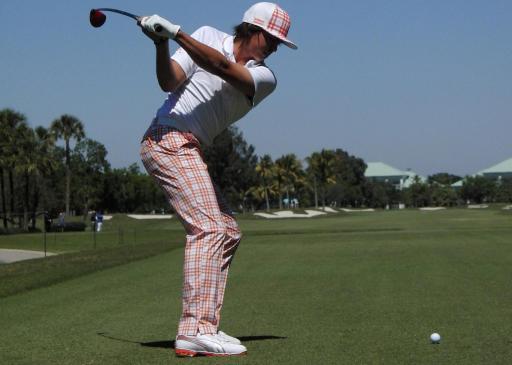 Rickie Fowler may not yet have hit the heights that many are predicting with just one PGA Tour victory under his belt, but we have no doubt here at Golfmagic that he’s a multiple major champion in waiting.

The 23-year-old American, who like his fellow Golf Boys band mate Bubba Watson has never picked up an instruction manual, is completely self-taught - with the exception of several lessons from his local pro.

And the result, as you can see from a series of snaps below from the recent WGC-Cadillac Championship at Doral, is a freewheeling move that oozes the flare and elegance of his Puma clothing.

We can see Fowler keeps his left shoulder a long way behind the ball. The entire downswing is lead by the lower body.

Maintaining great separation between lower and upper body, Fowler keeps the clubhead well outside his hands going back and then quickly drops it under coming down. It really is one of the flattest swings out there, similar to Matt Kuchar.

His hips appear perfectly level but there is tremendous separation between lower and upper body and that gives him the lag to smash the ball in the vicinity of 300 yards.