With John Cook's masterclass series all wrapped up, Golfmagic have combined all fifteen stages in one round-up, take a look! 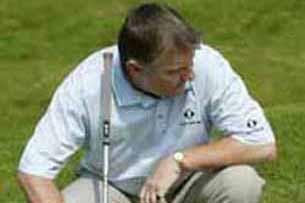 Golfmagic has teamed up with professional coach John Cook and put together a fifteen step masterclass golf tip section. In this round-up we've combined general, short game, bunker play, and putting tips for a comprehensive lesson in our beautiful game.

Former professional, Cook, started coaching with his friend and mentor, Player, in 1994 and has not looked backed. He has since coached the England Boys team to the World Junior Team Championship three times in five years.

In 2002, he started the Red Bull MasterClass bringing Butch Harmon and his three coaching brothers to the UK for a series of clinics aimed at teaching young golfers and PGA Professionals.

Gary Player once said, "In my opinion, John Cook is one of the best golf coaches in the world, especially for the short game."

So you are in great hands. Have a thorough look at his guidelines, get on the course, and improve your game!

It's all those little things that matter, in this section John has pointed out a few secrets to cut down our scores along with how to make the most of a soft lie.

Tricks of the trade
Splashing out from a fluffy lie

Golf's short game is where amateurs can really lower their handicaps given a tad of practice. In this section John teaches us how to chip with and without check spin as well as how to use our wedges in all those tricky spots across the course.

If you want to get up and down out of those hazards then follow the links to see how John cancels out a plugged lie, splashes out the sand avoiding the ball, and how to use the upslope and downslope to great effect.

If you want to make some birdies then having a solid knowledge of the greens is vital. John shows us how to read those scary putts from range and provides a few practice drills that will help prevent the dreaded 3 putt.