"Start believing in yourself...and your stroke" 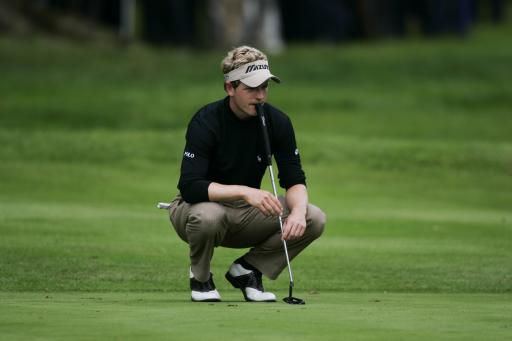 Luke Donald believes most amateur golfers would become better putters if they followed a few basic fundamentals and took more notice of the mentality of this game within a game rather than purely technique.

Our recent Putting Practice Drills series outlines some of the top drills you can try in practice to become a great putter like Donald.

Psychology plays a vital part in putting, says Donald, currently second in the PGA Tour's putting average with 1.71 putts for every green he has found in regulation and fourth in putts per round with 28.12.

“I had some weaknesses in my fundamentals when I first got out on Tour from college. I had to work on my stroke," the 31-year-old told the PGA Tour's Mark Stevens. “I switched putters last year [to an Odyssey White Hot XG No.7 mallet] and that really helped with the pace of my stroke, as well as helping to line putts up a little better. It seems to swing well, and I've putted well with it ever since.

“When you start putting well, you start believing in yourself. Confidence on the greens breeds confidence and once you feel like you're a good putter, then it becomes easier.”

Donald also has this advice for the club golfer:

"It's such a small stroke. You can't make corrections like you can in a full swing because there's just no margin for error. It's all in the set-up. You must have your eyes directly above the ball and your hands should fall straight below your shoulders because the arc of a putting stroke is determined by where your hands are."

Donald adds: "If your hands are outside the plane of your shoulders, you're going to have more of an arc to your putting stroke. If they are too far in, it's going to make the putting stroke go outwards. Golfers need to have their hands hanging directly beneath their shoulders."

Finally, he says, the grip on the putter is vital.

"It's very different to hitting normal shots where the feel is more in the fingers. With putting it's more in the palms. They help keep the club face square to the target.”

Putting
Best Putting Tips: colour half your ball to improve your putting fast
Putting
Lag putting: the key for Open success and what you can learn from it
Putting
Golf Putting Tips: Surprisingly Simple Drills to Improve Your Putting
Equipment news
Cheap putters for sale on eBay, all going for less than £30
Putting
Best Golf Tips: How to putt like Masters champion Patrick Reed