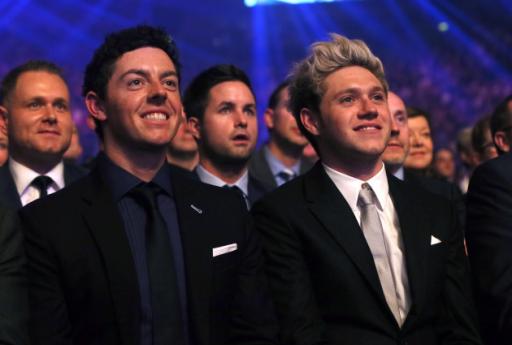 Horan spoke to us during this week's Northern Ireland Open on the Challenge Tour, which his management company Modest! Golf is once again hosting at the stunning Galgorm Castle.

Modest! Golf also manages a number of rising stars both in the men and ladies game, to which Horan explained the likes of his good friends Rory McIlroy and Justin Rose have been huge assets in offering advice to his players.

"Rory is always asking me about the players we represent at Modest! Golf and he even played with one of my lads in a practice round recently," said Horan.

"Rosey has also been great at helping a couple of my guys out and offering loads of good advice.

"Justin and Rory are just the best guys and they're always happy to support the young players coming through. It's great for my players to be able to speak with two of the game's leading players in the world.

"Rosey moved up to a career-high second in the world a couple of weeks ago, and while I know Rory has yet to win this season, I've got a feeling he's going to have a big win soon!"

While travelling the world and singing in front of hundreds of thousands of fans each week gives Horan a great deal of satisfaction, so too does hosting tournaments - of which they come none bigger for the former One Direction man than his home NI Open on the Challenge Tour.

"I'm just so proud of what my team is achieving at Modest! Golf right now," said Horan.

"The NI Open is such a fantastic event and we get so much great feedback from the players on the course, the event setup and the week in general.

"The Challenge Tour produces such incredible talent year on year and we are so proud to be a part of it."

Modest! Golf managed Guido Migliozzi, who writes a regular blog for us at GolfMagic.com

This year's NI Open may have reverted back to 72-hole strokeplay, but last year the tournament adopted a new Sunday Shootout that was essentially strokeplay, matchplay over six holes.

Something European Tour star Thomas Pieters revealed was the deal-breaker for introducing his own Belgian Knockout tournament earlier this season.

"Yes I text Thomas about it as soon as I'd heard that was the case," admitted Horan. "I honestly had no idea that's where he got his inspiration from, so it meant a great deal to us as you can imagine.

"We were delighted to see the format roll out into a European Tour setup. Thomas is a great guy and it was superb to see him bringing back a Tour event to his home nation.

"But yeah, this year we decided we'd like to keep the format different and just felt that it was best to revert back to a traditional format, especially with the news we announced this week about the developments for next year where we will run a Ladies European Tour event alongside the NI Open."

Horan speaks with a great deal of pride when running through his growing roster of Tour players, one of which includes GolfMagic's regular blog writer Guido Migliozzi, who bagged his second career win on the Alps Tour recently.

"Guido has started his pro career really well," he said.

"He's notched two wins now and is working incredibly hard both with his game and fitness. We are delighted with his progress. He has also done lots of good work off the course with his sponsor Galvin Green, quickly becoming the face of the company's new Edge line of apparel.

"The Edge range looks superb and the fit is fantastic. Guido looks so good in the product and I think it will encourage more young players to enjoy fashion while playing golf, so a big well done to Galvin!

"We've also got the likes of Jack Singh Brar in our ranks. He's currently in the top 20 on the Challenge Tour money list and in his debut season. He also has a win on the Alps Tour to his name too.

"Then we have two lads on the European Tour in Connor Syme and Christiaan Bezuidenhout who are also doing incredibly well.

"The average age of our players is 22, so we are signing young players and really trying to work with them at the start of their journey."

Modest! Golf may only just be starting out on its journey since launching two years ago, but their intentions for helping grow the game of golf are already clear for all to see.

"We are delighted with the progress we have made as a company since launching in 2016," said Horan.

"We have presence across all the Tours in Europe and some US presence also in former World No.1 ladies amateur Leona Maguire. We have developed the events side of the business also and from next year will promote two events on the Challenge Tour and Ladies European Tour.

"We've done a lot in a short space of time but still have lots to do!"

Before we let Niall leave us, we couldn't help but get an update on his own golf game.

"Yeah the handicap is currently at eight," he said. "The game is good but my putting is my biggest weakness so I'm working hard on it all the time!"

Let's hope for Niall's sake it warms up in time for his big Ryder Cup Celebrity Match at Le Golf National in a month's time, a precursor to the main event between Thomas Bjorn's Europe and Jim Furyk's United States.

"I can't wait to get over to the Ryder Cup to play in the Celebrity Match," he added. "I'm going to be looking the part in my Galvin Green apparel and I'm really excited. I just hope my putter warms up!

"I'll be checking out some last-minute putting tips on GolfMagic.com that's for sure!"