"I would love to see Bubba with a more spinny ball - that'd be exciting." 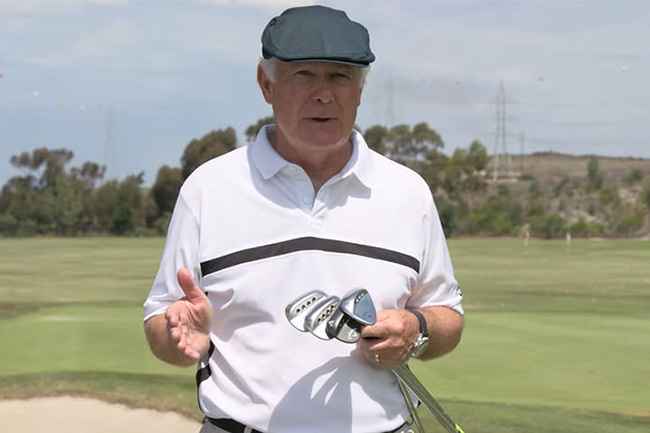 Cleveland, speaking exclusively to GolfMagic, said he would like to see a ball that spins more so players can curve the ball more like they once did.

"I would love to see more spin because then the skill would come into play, and you could curve the ball more," said Cleveland.

"When I first started out on Tour in the 80s, the guys really curved the ball. We don't really see that today, with the exception of maybe Bubba Watson, who curves it all over the place.

"I would love to see Bubba with a more spinny ball - that would be really exciting."

ROGER CLEVELAND: 60-DEGREE WEDGE IS USELESS IF YOU'RE OLD

Designing a shorter golf ball on Tour would also reduce the need to splash money on lengthening courses.

"That would be my wish because golf courses today are getting longer and longer," he added.

"I belong to L.A. Country Club which is hosting the Walker Cup next year and we're having the US Open in 2023. We've just added 600 yards to the course and while we fortunately had the area to do it, there's some expense to that.

"Like US Open venue Oakmont, we have a number of par-4 holes that measure over 500 yards."

His words echo that of South African legend Gary Player, who recently said: "If they cut the ball back 50 yards for professional golf, we wouldn't have to waste hundreds of millions of dollars altering golf courses and making them 7,900 yards long and increasing expenses and getting less people to play."