Charles Howell on why he has joined LIV Golf: "Money was not a factor"

Charles Howell denies money had anything to do with his decision to break away from the PGA Tour to join LIV Golf. 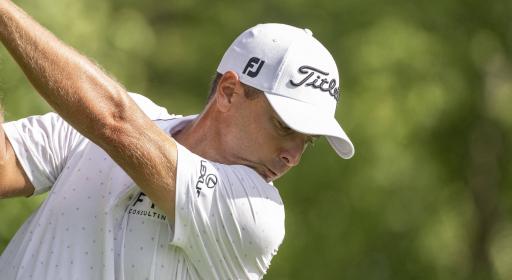 Charles Howell admits money had nothing to do with his decision to break away from the PGA Tour and join LIV Golf.

Howell, 43, was the surprise addition to LIV Golf ahead of its third tournament in Bedminster.

"Money was not a factor," said Howell, who ranks 19th in the all-time career money list on the PGA Tour with more than $42 million.

Asked Charles Howell III if joining LIV was about the (guaranteed) money: “Money was not a factor.” pic.twitter.com/C4euMKdFAv

"For me, I've been there for 22 years, and it's been awesome," continued Howell, who has three PGA Tour titles to his name.

"I've got nothing but great things to say about the PGA Tour, what they've given me, the opportunities etc, but when this came along, I'm 43 years old, I've done a lot of that. I still love the game. I love the game more today than I did five years ago.

"Now that my son is playing competitive golf, I'm even more incentivized in the game. This is something really new and exciting."

Howell did not exactly elaborate on the main reason why he has joined LIV Golf but he has taken a shine to the team element.

He also sounded excited that captain Bryson DeChambeau wanted him on Crushers GC.

"Bryson [DeChambeau] reaches out and says, I'd love for you to be a part of my team," said Howell. "That's a compliment but it's also a responsibility.

"OK, I've got to play well; I'm responsible not only for myself but for Paul [Casey], for Bryson, for others. It's new and exciting.

"Not that the PGA Tour got boring, but I'm extremely excited to be here for the next few years, and yeah, it's a new venture, and at this age and this part of my life, it's perfect."

Howell has not resigned his PGA Tour membership but he will now be suspended by the PGA Tour and he will miss the FedEx Cup Playoffs.

Next Page: LIV Golf players and teams in full for Bedminster