Paul Casey says he has played without conflicting-event releases in the past, so why should it be any different now? 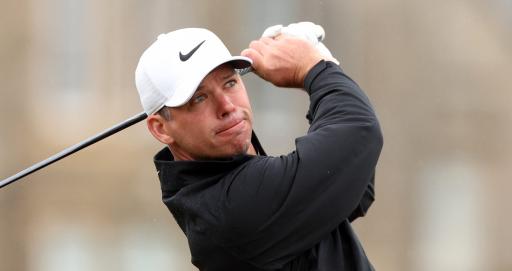 LIV Golf debutant Paul Casey has slammed the DP World Tour for moving the goal posts where player releases for tournaments are concerned in 2022.

Casey, a former Unicef ambassador, bypassed the inaugural Saudi International on the European Tour in 2019 over concerns about the country's human rights record.

But since then, the Englishman has performed a spectacular U-turn by playing in that particular tournament (now on the Asian Tour) the past two years, and he has now agreed to join the LIV Golf family as part of Team Crushers GC led by captain Bryson DeChambeau.

Why is Casey so frustrated by player releases?

PGA Tour and DP World Tour players who have competed in LIV Golf tournaments have been fined and suspended from their respective Tours for playing without receiving a conflicting-event release from either PGA Tour commissioner Jay Monahan or DP World Tour CEO Keith Pelley.

Casey, speaking ahead of LIV Golf Bedminster, told the media that releases to play in other tournaments around the world had never previously been an issue for him when he was on the European Tour, formerly the DP World Tour.

"What happened earlier this year, I wasn't a part of it, but fines being handed out for playing without a release, I've played many a tournament without a release and was never fined, and suddenly the goal posts are changing," said Casey.

According to the PGA Tour player handbook, members that reach the 15-event minimum (which they must meet as a condition of their membership voting rights) are eligible for three conflicting-event releases per season.

This is the reason why so many PGA Tour players were permitted to compete in the Saudi International earlier this season, won by Harold Varner III.

However, releases can be denied as the PGA Tour confirmed in a memo earlier this summer.

"As our regulations clearly state, there are no conflicting event/media releases available for events that take place in North America," read the memo that suspended players for competing in the second LIV Golf Portland event.

"As a result, these players did not receive the necessary conflicting event and media rights releases and their participation in the Saudi Golf League/LIV event is in violation of our tournament regulations."

DP World Tour CEO Keith Pelley has followed suit with such suspensions and fines for players competing on LIV Golf, but Casey believes there is an element of discrimination about it all.

"None of us, I think speaking for the three of us sitting up here, none of us are intending to damage golf or damage the tour" said Casey, who was sat alongside two of his three team members in fellow LIV Golf debutants Jason Korkak and Charles Howell.

"I'm a guy who's sat on the European Player Committee for many years, I've sat on the Player Advisory Council for many years. In fact, I retired and then they asked me to come back because of my input.

"I know the fabric of this game pretty well on the inside, on the tour level. At no time have I ever tried to damage the tour in the decision that I've made. If it's damaged, I think the questions have to be asked somewhere else."

Howell also raised a few eyebrows in the same press conference when claiming "money was not a factor" in his decision to join LIV Golf.