PGA Tour and Ryder Cup winner Anthony Kim has not been seen in competition for 10 years - but is he about to make a sensational return to Greg Norman's Saudi Golf League?! 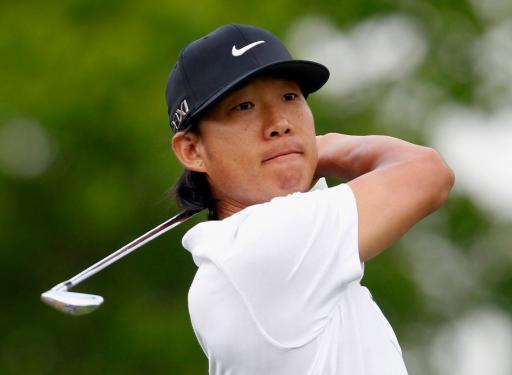 Anthony Kim had the golfing world at his feet when landing his PGA Tour hat-trick at the 2010 Shell Houston Open, two years after helping United States win the 2008 Ryder Cup at Valhalla and moving into the World's Top 10.

Then after 2012, he vanished off the face of the earth.

So what happened to Anthony Kim?

According to multiple reports, Kim, now 36, has not played on the PGA Tour since 2012 as a result of injury.

However, there is reportedly a policy in place for him where if he does not return to the Tour then he can cash in big bucks.

Kim is believed to have had an insurance policy that would pay him $10-20 million in the case of a career-ending injury.

"He's trying to weigh the risk of coming back," said one source close to Kim's team.

"The way he's phrased it to me is 'If I take one swing on Tour, the policy is voided."

So what about the possibility of Kim returning to pro competition in the shape of Greg Norman's new Saudi Golf League, which has been all the talk in the golf world as it gains momentum in 2022.

Bryson DeChambeau, Phil Mickelson, Dustin Johnson, Ian Poulter and many more stars have been offered huge deals to sign up for a Golf Super League backed by Saudi Arabian money.

Tiger Woods and Rory McIlroy have both turned it down though, committing themselves to the PGA Tour.

But could Kim do the the unthinkable and return to play in the upcoming Saudi Golf League with hundreds of millions on the line?!

GolfWRX forum members have been debating the subject this week, with one member commenting: "If AK plays then I'm watching."

"AK still has game, I know some guys who have played with him since his 'retirement' and he still has it," wrote another.

One golf fan said: "The best wildcard move the Saudis could make is offering Anthony Kim an absurd amount of money to come out of retirement and play.

"That would guarantee a lot of viewership around the world. Even after all these years people still talk about AK. Someone get them on the phone!"

We would all love to see AK back on the fairways in competition, and it could certainly prove a smart move from Norman to get him on board given his popularity with golf fans around the world.

As for whether the legalities will permit him from competing on this new circuit remains to be seen, but it's certainly one to keep on top of over the coming months.

NEXT PAGE: PHIL MICKELSON SAYS "IT WILL COME OUT SOON ENOUGH" ON WHY HE BLASTED THE PGA TOUR