PGA Tour player Kramer Hickok revealed to The Stripe Show podcast that we will see "a lot of big names" join the new Saudi golf league. 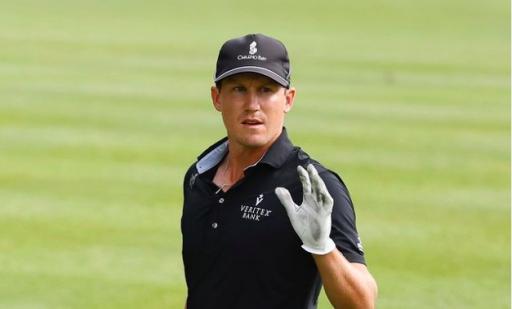 PGA Tour pro Kramer Hickok has revealed that up to 17 players from the PGA Tour have already agreed to "jump over" to the new Saudi golf league.

Speaking to The Stripe Show podcast, Hickok said that "a lot of big names" will defer to the new movement, but he didn't name them from the PGA Tour.

WATCH: TIGER WOODS ADMITS HE WILL DEFINITELY RETURN TO THE PGA TOUR

This revelation comes just days after Bryson DeChambeau was reportedly offered up to $130 million to be the face of the Saudi-backed league and Charley Hoffman laid into the PGA Tour over a ruling he faced at the WM Phoenix Open.

Hickok feels that some of the players on tour may have become "greedy," but also told the podcast that what players earn from major championships is a "tiny percentage" of what the PGA Tour earns from the four premier events of the year.

However, Hickok wasn't certain about the rules and regulations surrounding players who defer and risk their eligibility to play at the major championships.

"You're going to see a lot of big names jump over there. I think there have already been 17 guys that have jumped over, I can't say who they are but there is going to be some big names going over there," Hickok said, after finishing 53rd at TPC Scottsdale.

"10 of those 14 events will be in the States (USA), signing bonuses, huge, huge purses. It's going to be very appealing for some of these guys.

"I would say the issue on tour we're having right now, you've got the player's purses up to $20 million. The issue is getting the majors to bump up their purses because technically, we're getting a small piece of the pie.

"You've got The Masters, I don't know how much money they're making that week but (it's a) $12.5 million purse. I don't know if I'm allowed to say these numbers, but we're getting a tiny, tiny percentage of what the PGA Tour is getting of what the total revenue is for all four majors.

"I am extremely blessed and I think some of these guys are probably getting a little bit greedy. I think you have to be thankful and appreciative for the tour. They have given us this platform to be able to chase our dreams and do what we love and make a great living doing it."

Hickok, who lost in an eight-hole playoff to Harris English in the Travelers Championship last season, said the Saudi-backed tour is rumoured to start in June, and that deferring players could be revealed in the spring.

Lee Westwood told the media recently that he had signed an NDA which prevented him from divulging further on Saudi, but Hickok told the podcast that "huge amounts of money" were sent to players the day after signing their Non-Disclosure Agreements.

The 29-year-old also cast a cloud over the motive of his fellow players, much like Rory McIlroy who questioned the "competitive integrity" of players who defer to the Saudi league.

RELATED: JON RAHM: "I'M OUT HERE COMPLAINING A LITTLE BIT BUT I'M STILL UP THERE"

"To go after a few extra bucks, I think it might be a little greedy because you don't know how long that tour (Saudi) is going to be around, you don't know if that money might dry up," Hickok continued.

"You don't know what's going to happen. If you do leave, you are banned from the tour, the tour has said that."

"We are starting to realise how money-hungry a lot of the players on the PGA Tour are because a lot of it is just money. There are pros and cons. The pros are the money and less events. The cons are you don't really know who you're getting in bed with here.

"It is Saudi-backed money, big corporations have come out and spoken and said 'we don't do deals with Saudis because they don't pay'. And if you try and take them to court, what do they care?"

This threat to the PGA Tour has been hanging over them for some time now. The movement is set to be sanctioned by the Asian Tour and LIV Golf Investments, run by Greg Norman, and the Public Investment Fund have invested $200 million into this tour.

In terms of Hoffman's frustrations at TPC Scottsdale over the weekend, Hickok agreed that the ruling is wrong but didn't judge this as a valid reason to poke against the tour when compared to a new tour.

As with many other figures in the golf world, Hickok seemed to agree that the competition for the PGA Tour was healthy, but ultimately put the attraction down to a "money-grab."

NEXT PAGE: OUR FAVOURITE ITEMS FROM THE PETER MILLAR ACTIVE RANGE