Bryson DeChambeau to debut 48-INCH DRIVER at the Masters

Bryson DeChambeau has warned that he will be hitting the ball even further with a new driver in the bag at the Masters next month. 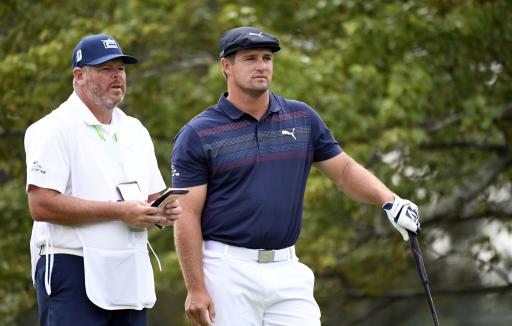 Bryson DeChambeau has been testing a 48-inch driver which has seen "amazing" results and the US Open champion intends to put it in the bag for the Masters in November.

Claiming his first major title at Winged Foot in September, DeChambeau vowed to start testing a 48-inch driver as soon as possible, which is the longest length permitted under R&A and USGA regulations.

DeChambeau's quest for speed and distance was criticised in many when he returned to the PGA Tour looking like a new man, but the 27-year-old has proved to the world that outdriving the rest of the field makes a difference.

Not only has DeChambeau managed to control his new-found speed, but his wedge game and putting have also vastly improved, two areas of his game that were fairly weak a year ago.

Speaking to the media ahead of this week's Shriners Hospitals for Children Open in Las Vegas this week, where DeChambeau is the tournament favourite, the 'Mad Scientist' was asked when he stopped reflecting on his US Open win and started putting in the work to improve once again.

"Monday," said DeChambeau. "That Monday I went to Denver and started working out with Greg immediately. Got two hours in Monday, two hours in Tuesday, and then flew back to Dallas and started testing some longer shafts.

"For me it's about Augusta. I'm looking forward to trying to put in a 48-inch driver and see what that can do for the golf course and what opportunities it will present for me.

"It's going well. I think there is a lot of, I don't know, I guess you could say advantages to having a 48-inch driver and being able to put it in play and keep it in play. So working on that, and we still need to get some things worked out, but so far it's been pretty amazing."

DeChambeau believes there are four par-4 holes at TPC Summerlin where he can reach the green from the tee and if he can repeat the short game that helped him win the US Open, he could be in for another great week.

"At the same point in time it's about putting, chipping, wedging. You still got to do everything else really well. So if I play well, ball-strike it well, and putt well, I think I'll have a good chance again. Love this golf course."

NEXT PAGE: Bryson DeChambeau hints he could repeat Tiger Woods' 1997 score at the Masters