How to live stream the 2022 Masters for free online

Live streaming from The Masters: how to watch every second of The Masters and the competitive return of Tiger Woods. 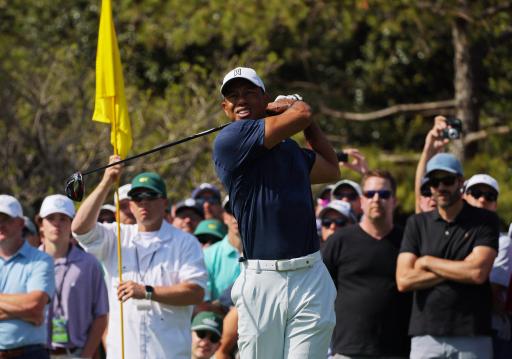 The 2022 Masters not only marks golf's first major championship of the season, but it also welcomes back Tiger Woods to competitive action for the first time since this very tournament in November 2020 - and you can watch it all unfold live at Augusta National this week for free no matter where you are in the world.

The Masters returns to our television screens this weekend on golf's hallowed turf of Augusta National in Georgia.

LIVE STREAMING FROM THE MASTERS

While the tournament might be wide open this year, there are a number of fascinating storylines including the return of Tiger Woods to competitive action following his horror car crash in Los Angeles just 13 months ago.

Woods, who has 15 majors to his name, has won The Masters five times in his career, the last of which came back in 2019.

Jack Nicklaus holds the record for most Masters title with six, and he also has the most majors with 18.

Another big story this week is Rory McIlroy going in search of the career grand slam having already won The Open, US PGA Championship and US Open down the years. The Northern Irishman just needs to add a Green Jacket to his closet in order to enter the record books.

Other players who will fancy their chances of winning The Masters this week include Jon Rahm, Collin Morikawa, Justin Thomas, Jordan Spieth, Patrick Cantlay and red-hot World No.1 Scottie Scheffler.

How to watch The Masters?

Customers can watch the following ways (and will need a VPN (and sometimes a card) if not in that particular country):