Augusta Chairman Fred Ridley announced The Masters will return to the video game space in partnership with EA Sports. 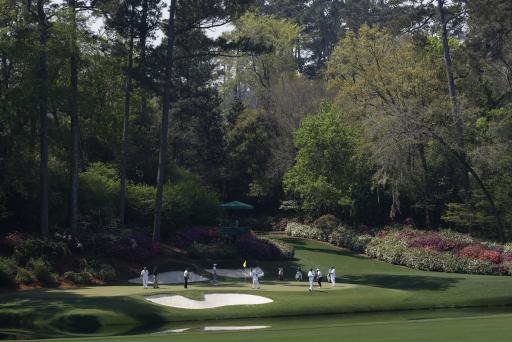 Augusta National Chairman Fred Ridley announced that The Masters has agreed a deal with EA Sports to feature on a special edition of the new PGA Tour video game.

EA Sports announced it was making its long-awaited return to golf with the new EA Sports PGA TOUR video game, with further details set to be released in the coming months.

With The Masters starting on Thursday, Chairman Ridley announced the news to the media that the iconic major championship would be a part of the new special edition EA Sports: Road to the Masters game that will be released before next year's event.

Augusta National and the Masters will feature exclusively in the upcoming edition of EA SPORTS PGA TOUR.

The partnership will also support the Masters Tournament Foundation in its work to grow the game of golf.#themasters pic.twitter.com/f2BlVKNNRa

"I want to share our reentry into the video game space, as we have again partnered with EA Sports in their return to the golf world with Road to the Masters," Chairman Ridley said. "We believe the attention to detail surrounding the course and our traditions will be world class and will provide new and current fans around the globe with a fun and interactive look at Augusta National.

"All proceeds to Augusta National will be contributed to the Masters Tournament Foundation and our work to grow the game, both here in the U.S. and around the world."

EA Sports will be releasing more information about the new PGA Tour game very soon and it sounds like the game will launch later this year, with The Masters edition coming in 2022.