Butch Harmon believes Bryson DeChambeau will not be a contender as he faces Augusta National at The Masters this week. 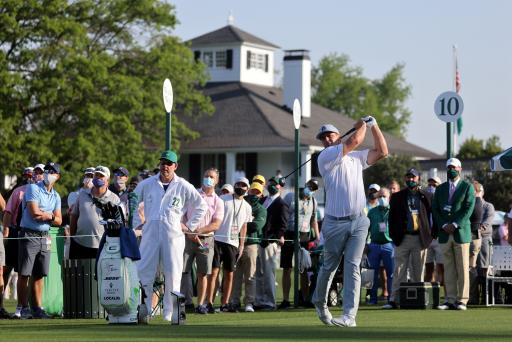 Butch Harmon believes Bryson DeChambeau will not be one of the main contenders come Sunday at The Masters, despite the big-hitting American sitting as second favourite with the bookmakers.

DeChambeau produced a rather disappointing performance at last year's Masters which took place in November and although he made comments about Augusta National being easier that its par of 72, the 27-year-old made the cut on the number before finishing in a tie for 34th.

The reigning US Open champion returns to the iconic course months later, with a new protoype driver in the bag, which he will have set at an astonishing 4.5 degrees of loft.

RELATED: Bryson DeChambeau adds prototype 4.5 DEGREE driver to his bag for The Masters

Harmon, who now works as a commentator and columnist, worked with many of the best players in the world during his time as one of the most successful golf coaches in the game, most famously with Tiger Woods, helping him win many of his 15 major titles.

In a recent feature on Sky Sports, Harmon shared his thoughts as to why he believes DeChambeau will not be taking home the green jacket this week.

"Bryson DeChambeau has not had a good track record around Augusta National if you go back and look at his playing there," wrote Harmon.

"His bomb it and find it theory that he has played with and we all like to see, because it is exciting and we saw that at Bay Hill when he is trying to drive a green on a par five over a lake, doesn't work at Augusta.

"He does not have an advantage at Augusta. People will say he hits the ball so far he is going to shorten all the par fives. But most of all the players can reach the par fives [in two] anyway so that is not an advantage for him.

"I would say that I don't think that Bryson DeChambeau is going to be a factor this week, which if he reads this will probably pump him up and he will become a factor. But in looking at his form of late I don't see anything that leads me to believe he will be a factor.

"Now, he is a great player, won a major so you can't say that he doesn't have a chance... I just don't think his form is showing at the time that this is a course, the way he is trying to play will work.

"I don't think his style of play suits what it takes to win at Augusta, but he could very easily prove us wrong."

Read all of Harmon's comments via his column on Sky Sports here.