The Scot is set to feature in his first Masters this week and sought help from the 2018 champion, Patrick Reed. 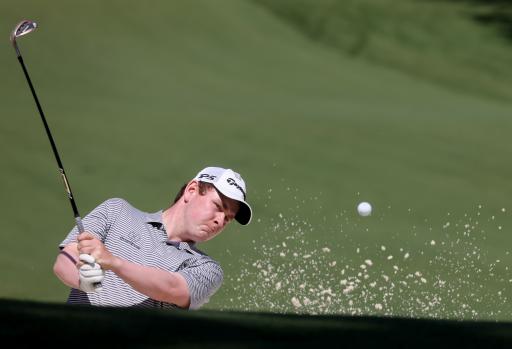 Robert MacIntyre is relishing the opportunity at playing his first Masters tournament this week and the Scot revealed he's learned a few "secrets" of Augusta National from the 2018 green jacket winner, Patrick Reed.

Although MacIntyre lacks the experience that many of this week's field hold at the iconic hold, the European Tour star is playing with the right attitude, as he sets his eyes on winning the tournament.

"Obviously, it's my first time so you're not really expecting too much but I'm there to compete," MacIntyre said earlier this week.

"I'm there to give myself a chance to win on the Sunday and, if I can play the way I know I can play, I don't see why not.

"If I wasn't here to try to win a golf tournament then I'd be sitting at home in Oban. I wouldn't be trying to compete out here and probably wouldn't be playing golf.

"Every single player in this field is wanting to try and win the golf tournament and obviously there's only one winner so there's going to be, what, 88 guys that are going to be disappointed. But then it's not really a disappointment because you're learning and, for me, I'm going to be learning a lot.

"I'm going to just try to enjoy it as much as I can and soak it all in and what will be, will be."

One player who knows how to get the job done at Augusta National is Reed, with the American winning his first major title in 2018.

MacIntyre and Reed have formed a close relationship since they played together in Turkey on the European Tour and MacIntyre, 24, revealed that Reed had provided him with some much-welcomed advice and tips, ahead of his first Masters appearance.

"I gained his respect early on because I played well and that is what I feel you have got to do with the top guys," he said.

"He has been great with me. Anything I need to ask him I can ask him and he gives me advice.

"Around this place he has not got a bad record! So he obviously knows where and where not to go.

"Me and [caddie] Mike [Thomson] didn't have a clue about certain things and he just told us little secrets that are great and we are going to use them this week."

MacIntyre plays the opening two rounds of The Masters alongside CT Pan and Mike Weir, teeing off at 16:42 on Thursday (BST).