Paul Casey FORCED OUT of The Masters at Augusta National

Paul Casey once again forced out of action through injury as he withdraws prior to the start of The Masters. 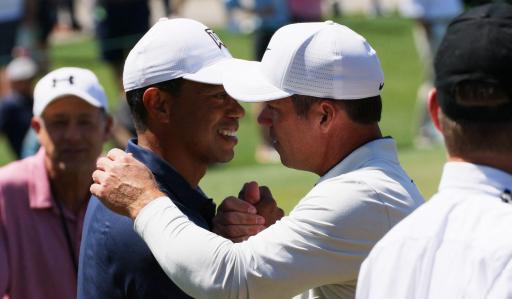 Paul Casey was forced to withdraw from The Masters at Augusta National on Thursday due to injury.

Casey, 44, had been hoping to take part in the first major of the year and he even took part in the annual Par 3 Contest with hi son Lex on Wednesday.

But unfortunately the Englishman was not able to even reach his first round tee time of 10.53am and he ruled himself out on Thursday morning.

Due to injury, Paul Casey has officially withdrawn from the Masters Tournament prior to the start of his first round. #themasters

"Due to injury, Paul Casey has officially withdrawn from the Masters Tournament prior to the start of his first round," read a release from tournament officials.

Casey was forced out of the recent WGC Match Play due to a back injury, so we can only assume that was once again the reason for his WD.

His withdrawal means Bryson DeChambeau and Cameron Smith are out on their own for rounds one and two.

Equipment: Best adidas Golf shoes as worn by PGA Tour players at The Masters this week

Casey's withdrawal also takes the field down to 90.

The three-time PGA Tour winner has enjoyed some strong performances at The Masters down the years, none more so than a tie for fourth in 2016.

Casey has 12 top-10 finishes in the majors throughout his career and he has played in The Masters 15 times.

The Englishman played superbly well a few weeks ago with a solo third at The Players Championship, where he was left to rue an unlucky break when finding a divot in the fairway on the par-5 16th when he was in contention for the title.

Next Page: Matt Wolff SNAPS his club in frustration at The Masters