Tiger Woods shot an encouraging score of 71 on the first day of The Masters, making his first appearance on the PGA Tour since his serious car accident in February 2021. 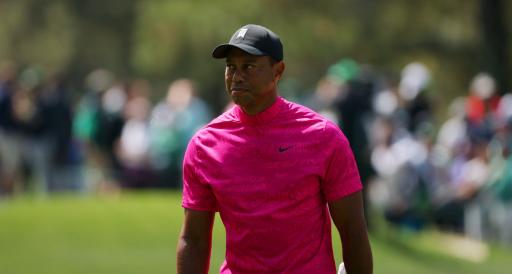 Tiger Woods shot a hugely impressive score of 1-under-par in the first round of The Masters, making his first appearance on the PGA Tour in 508 days.

Playing alongside Louis Oosthuizen and Joaquin Niemann, Woods plotted his way around Augusta National in a similar style to when he won his fifth Green Jacket in 2019.

Woods finds himself just four strokes off the early pace set by Sungjae Im, who carded a superb 5-under 67.

Cameron Smith, who recently won The Players Championship, lies one shot behind Im following a 68.

Related: Paul Casey forced out of The Masters at Augusta National

Nearly a hole-in-one from @TigerWoods pic.twitter.com/8xVAGUkOrj

Woods began with a cool up-and-down on the first hole and during his first five holes, his short game excelled as he has joked about in his press conferences in previous months.

He almost raised the roof with a hole-in-one on the 6th hole. He hit the perfect tee shot to the 180-yard hole and his ball stopped roughly a foot short of dropping in.

Woods would've been disappointed to make a bogey on the par-5 8th hole, having taken three shots from around the green. Nonetheless, he bounced back with a solid birdie on the par-5 13th hole.

After hitting a poor tee shot on the 14th hole which led to a bogey, he boxed a fantastic birdie putt on the par-3 16th hole to move to 1-under-par.

The 15-time major champion hit an even worse tee shot on the 18th hole, pulling his drive straight into the trees to the left of the fairway. He recovered well to make a par and card a 71.

Elsewhere on the leaderboard, World No.1 Scottie Scheffler started his week brightly with an opening 3-under 69 as the American bids to win his fourth title in his last six starts.