Rory McIlroy believes missing the cut on the PGA Tour last week was "beneficial" to his game as he goes in pursuit of completing the career Grand Slam at The Masters. 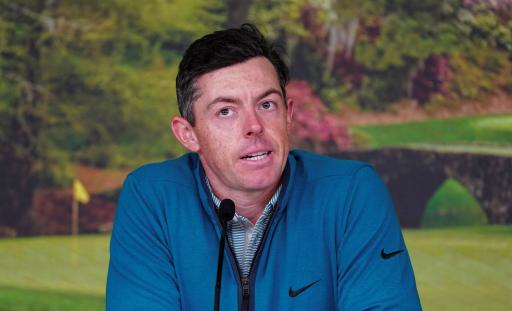 Rory McIlroy believes missing the cut on the PGA Tour last week was "beneficial" to his game as he goes in pursuit of completing the career Grand Slam at The Masters.

McIlroy slumped to rounds of 72 and 73 at the Texas Open last week to miss his first cut on the PGA Tour since the 2021 Masters last April.

The Northern Irishman has four major titles to his name but is still a Green Jacket shy of entering the record books.

And it would seem the extra bit of practice over the weekend has got his game in order ahead of Thursday's first round on Georgia's hallowed turf at Augusta National.

"I think it was beneficial in the end," said McIlroy of missing the cut at the Valero Texas Open.

"I learned a few things. Like you always learn more from disappointments or from times where you don't play so well. So I thought, look, if there's a cut to miss, it wasn't a bad one to miss. I got home, did two really good days of practice on Saturday and Sunday, and actually felt a lot better about where things were heading up here Sunday evening.

"Yeah, if I had made the cut on the number in San Antonio and played through the weekend, I wouldn't have had as much time to practice as I did over the weekend. So I felt like that was pretty beneficial."

McIlroy added: "I would say my game's in -- it feels in good shape. I think it's felt better than the results have maybe suggested the last few weeks. Like the big key here, you look at all the previous winners, especially over the last five to ten years, their iron play and their approach play has separated them from the field. That's a really important part of your play this week.

"And as I was just saying there to Jimmy, it beats you into going for flags that you shouldn't go for. So, again, it's about being very disciplined with your approach play, knowing that, if you hit a wedge to 20 or 30 feet, that's okay. Middle of the greens, you hole a few putts, that's what it's about. It's about hitting greens. It's about playing to the fat part of the green, being somewhat conservative.

Will Rory McIlroy complete the career Grand Slam at The Masters this week? Share your thoughts and comments over on the GolfMagic social media channels.