Patrick Reed has the most profitable swing at The Masters

Patrick Reed, Dustin Johnson and Tiger Woods have the top three most profitable swings at The Masters. 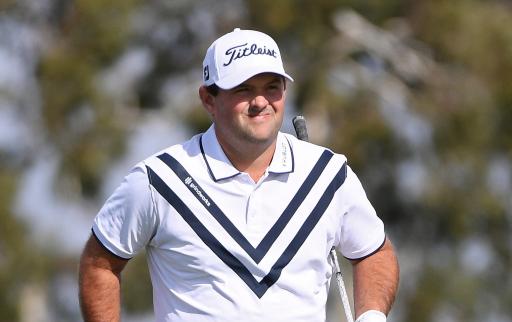 Patrick Reed has earned the title of most profitable swing at The Masters, earning a staggering $1,716 per swing on average over his career at the tournament, which began in 2015, according to new research.

This research, conducted by William Hill, has calculated which of the top golfers have the most valuable swing during The Masters.

Reed is currently a 33/1 shot to win The Masters, something he achieved in 2018 when winning his maiden major title at Augusta National.

In their careers at The Masters, Reed, defending champion Dustin Johnson and Tiger Woods have earned the most per swing and all have won The Masters at least once in their illustrious careers, with Woods winning five times.

In 2020, Johnson, Justin Thomas, Collin Morikawa and Matthew Wolff all had their most profitable season in terms of earnings per swing at The Masters.

A spokesperson at William Hill said: "With the 2021 Masters fast approaching we wanted to take a look at the top players on the PGA Tour and work out who earns the most per swing.

"Even if you have never won the prestigious event, it can still be a very lucrative event for the players. We are looking forward to seeing what this year’s tournament will bring."

Top earnings per swing at The Masters (career average):

Players most profitable average earning per swing at The Masters by year:

NEXT PAGE: BRYSON DECHAMBEAU RIPS DRIVER BOMBS ONE AFTER THE OTHER ON THE RANGE AT THE MASTERS