Johnson holds a four-stroke lead heading into the final day of The Masters... 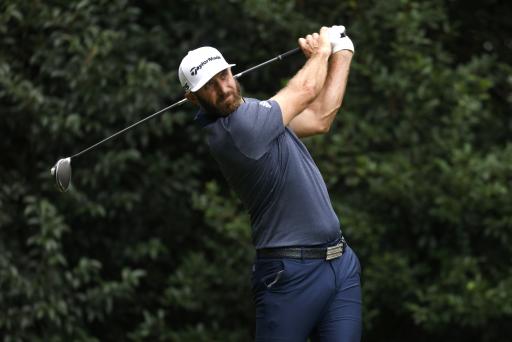 Dustin Johnson likely won't care how he gets the job done at The Masters, as long as he is slipping on his first ever Green Jacket in the Butler Cabin on Sunday.

However, standing tall at 16-under par after 54 holes, Johnson enters the final round at Augusta National with the opportunity to shatter several Masters records that have stood the test of time since the tournament's inauguration in 1934.

The biggest one of them all is the 72-hole Masters total that was first set by Tiger Woods in 1997 and then later matched by Jordan Spieth in 2015.

Johnson therefore just needs a round of 2-under 70 on Sunday to join the trio or a 3-under 69 or better for his own outright 72-hole record.

That's not all. Johnson, who has played some of the best golf of his entire career so far this week, has the chance to beat the greens in regulation record in a Masters Tournament.

The big-hitting American just needs to find 14 of 18 greens in regulation on Sunday to beat the previous record of 83% set by Nolan Henke in 1992 and Woods in 2001.

Johnson also has the chance to make the fewest amount of bogeys of any Masters champion.

The World No.1 has only made two bogeys so far through 54 holes, and those were consecutive ones at that at 14 and 15 in his second round.