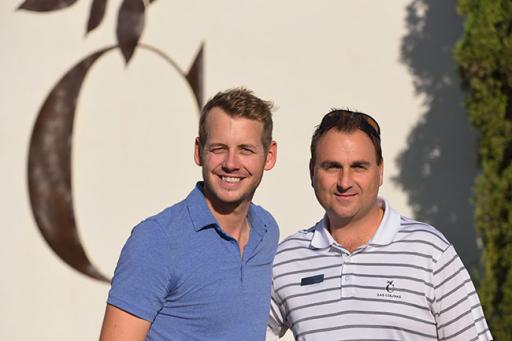 After a final round 75 in windy conditions, Heath finished on a total of -15 under par, one shot ahead of South Africa’s Brandon Stone.

A clear master of the course, Heath was vocal in his support for the Spanish club as a potential future host venue for the main tour.

“[Las Colinas Golf & Country Club ] is a fantastic facility - the range, chipping area and course are all great.  The service was fantastic and, if it is the goal, the facility certainly has everything needed to host a full European Tour event,”  said Heath.

The 72-hole shoot out round the course - named as one of Continental Europe’s Top 100 – saw aspiring players and veterans vying for one of 17 spots in the final stage.  Among the qualifiers were England’s Stiggy Hodgson and James Robinson, and Gareth Wright and Liam Bond of Wales.

Las Colinas Golf & Country Club has rapidly developed into a world-class destination since its opening in 2010.  Located just south of Alicante in the region of Valencia, the Cabell B. Robinson design is a fair test for professionals and holidaying golfers alike.

Cristobal Guerrero, Las Colinas Golf & Country Club Managing Director said: “It is an honour for us to host such a prestigious event that means so much to all the competitors, as they fight out for a place on the main Tour and we congratulate James.  It is a fantastic opportunity for us to showcase our championship golf course, contemporary accommodation and expanding facilities which have been the driving force behind our growing status as a destination.”