Belly and broomhandle putters for

How to cure putting woes on a budget 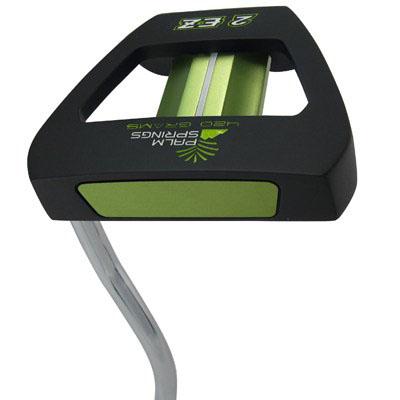 Even though the threat of belly putters being outlawed for Tour and elite amateur events hangs over the game, as exclusively revealed on Goflmagic by former Ryder Cup captain Bernard Gallacher, manufacturers are still keen to promote longer versions of the flatstick as an aid to regular club golfers.

Most recently Palm Springs Golf has unveiled what it describes as ‘the UK’s most affordable belly and broomhandle putters’, as a way to solve our short game problems.

The maker’s claim is that ‘while most major club manufacturers charge more for their own long putters,’ Palm Springs is bucking the trend with its ‘ultra-forgiving and easy to use’ 43-inch 2EZ Belly and 50-inch 2EZ Broomhandle.

Both are priced at £24.99, so neither should break the bank, at least as an experiment.

Claiming face balance and alignment technology, both putters allow the golfer to gain more control over the clubhead and make a smooth, solid stroke eliminating the yips and the common causes of poor putting’ says Palm Springs’ Simon Millington.

He says: “Most major manufacturers still regard long putters as a flash in the pan and as a result availability is poor and prices high.

“But following the success of players like Adam Scott, Keegan Bradley and Bill Haas with long putters, we believe they are here to stay and that every golfer should have the opportunity of experiencing what they can do to their own game.

“There are thousands of golfers out there who struggle with putting and would benefit from belly or broomhandle putters and the Palm Springs 2EZ Belly and Broomhandle putters offer quality, feel and performance at a realistic price.”