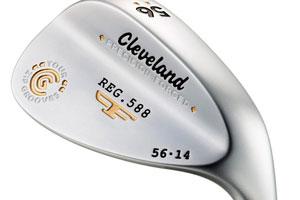 David Toms was a junior at Louisiana State University when Cleveland Golf released its popular 588 wedge.

More than 23 years later, and this season’s Crowne Plaza Invitational champion has decided to return to the 588, albeit in an updated model.

Made from 1025 carbon steel, the 588 Forged wedge maintains an incredibly soft feel and less unwanted vibration. The advanced Precision Forging process ensures the highest level of part-to-part manufacturing consistency for supreme confidence and trust over every shot.