Delve into the bag of weekend winners Couples and Park 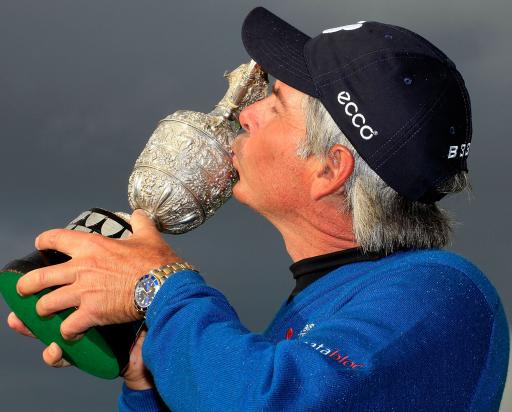 The 1992 Masters champion, who bounced back from an opening 72 with rounds of 68, 64 and 67, clinched his first-ever title in Great Britain and biggest senior title of his career following a two-shot victory on the Ailsa Course.

“This is my biggest Senior Tour win by far on a truly great golf course,” said Couples, who birdied the final two holes, highlighted by a 30-foot bomb at the last.

“I can now say I won the Senior British Open at Turnberry in really challenging weather and get into the Open at Muirfield next year, which is great."

Couples produced a laser-like iron display in Ayrshire, ranking third in greens in regulation on 72% and fourth in driving distance at 283.5 yards.

“Its unique hybrid outsole has been proven time and again to deliver superb grip in all types of weather during major championship conditions.”

At the Evian Masters, Srixon staff player Inbee Park clinched her first LPGA title since the 2008 US Women's Open.

Park, who finished two shots clear of the pack at Evian Les Bains following three consecutive birdies to the clubhouse, found 59% of the tight fairways and 61% of the speedy greens for the week.

But Park saved her best form for the greens, rolling home numerous putts from outside of 20-feet in the final round with her Odyssey White Ice Sabertooth.

What's in the winners' bags