Gee-Swing: Device to improve your timing

Gadget backed by Roe and Hansen 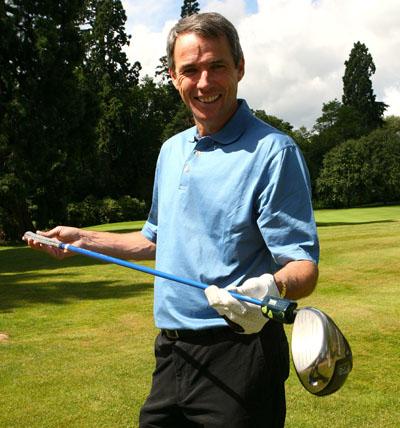 A new device has been launched which the makers claim can significantly improve your game by precisely measuring clubhead speed and timing in the golf swing, while providing feedback that can't be detected with the naked eye.

Gee-Swing is a compact tool fitted to the bottom of the shaft of your club in training which, at the press of a button, records vital information from a million sensory readings taken from the downswing, including the g-forces, peak speed and clubhead velocity on impact with the ball.

The Gee-swing is sufficiently small and lightweight (just 28g), says the makers to clip on to the club shaft, and measures how well a shot has been timed and if a golfer has decellerated.

Says Roe: "It's easy to use, measures clubhead speed and velocity precisely and provides feedback that couldn’t possibly be detected with the naked eye. I wish I’d had this product when I played on Tour.”

He says Gee-Swing settings can be calibrated to any golfer’s individual measurements, in terms of size and build, and then subsequently stored in the product’s in-built memory for future use.

Hansen, who plays much of his golf at Hillside in Southport says: “Like all club golfers I want to hit longer, more purely struck shots. With the Gee-Swing I was instantly able to measure, and then improve, my clubhead speed and timing. Now, I wouldn’t practice or warm up for a round without it.”

Explains Gee-Swing founder Peter Kimber: “Any golf professional will stress the importance of maximising the clubhead speed at the point of impact. Gee-Swing identifies the exact points on the downswing at which the maximum speed was reached and acceleration ceased.

“It's highly sophisticated, is fun to use and certainly adds a much more enjoyable dimension to practice sessions. Gee-Swing also offers coaching tips on how you can rectify any problems without significant swing changes.”

A complementary coaching and instructional DVD, is included withthe Gee-Swing package, which is being offered at an introductory price of £74.99, plus £4.99 P&P. For further information visit www.geeswing.com/offer.php

TravisMathew to become the first brand to open a storefront at St Andrews
VIDEO: What are the Top 5 BEST GOLF CLUBS of all time?!
Bob Warters
gadsget
device
gee swing
Mark Roe
Previous
The Open: Tee-times for Thursday/Friday
Next