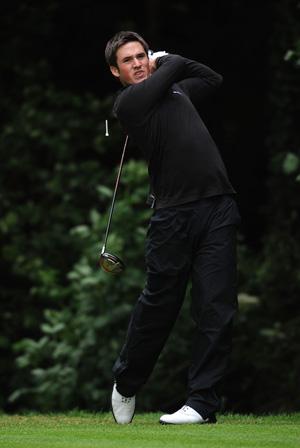 Nike Golf has announced the signing of former England international Matt Haines to a multi-year contract as he sets out on his first year as a full-time professional.

The 20-year-old former England International and Walker Cup player from Chatham in Kent enjoyed a superb amateur career winning eight major events including the 2008 Lytham Trophy and the Spanish Amateur Championship in March this year. The latter propelled him up to fourth in the world amateur rankings.

He took the decision to turn professional in May and has wasted no time in making his mark on the ultra-competitive Challenge Tour, where he is currently ranked eighth on the money list after making a solid start to his career with a tied-fifth finish at the Scottish Hydro Challenge at Spey Valley and a runner-up in the Saint-Omer Open in France just three weeks ago.

Matt will look to improve his ranking at this week’s English Challenge at Stoke-by-Nayland Golf Club, and plans to play a full schedule of tournaments on the Challenge Tour over the summer in a bid to secure his 2011 European Tour card.

“I am excited about starting my professional career with a brand as big as Nike," said Haines, who plays at Rochester & Cobham Park Golf Club.

“I know that the team there will work with me to give me the very best equipment and support to help me make the transition from amateur to successful professional.

“I’m impressed by the knowledge and the passion that goes into how they develop products, and above all, know that it works for me and my game.”

In signing with Nike Golf, Haines is joining a growing band of established and up-and-coming stars, with the company having recently attracted the talents of Scottish teen sensation Carly Booth, who is currently in her first year on the Ladies European Tour.

Meanwhile over in the United States, collegiate stars Matt Hill and Dustin Garza have both chosen Nike Golf as their preferred equipment brand as they seek to develop their talents on the PGA Tour following stellar undergraduate careers.