What do we make of Mizuno's new multi-piece tour level ball? 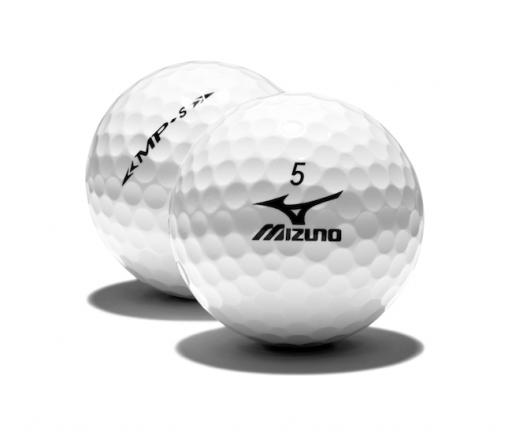 On first inspection, this is a classic-looking ball that looks great in front of the club. Unlike most balls I've tested this season, the Mizuno logo is not pride of place and is relegated to the side while a number and MP-S is emblazoned on the front. You can also play with numbers other than 1,2,3 and 4 which is a nice touch.

The MP-S’ extra tacky urethane cover gives this ball some of the softest feel out there with both driver and wedge.

On the dancefloor, it's a little little on the soft side of things but I can see this proving popular among most golfers. As they keep telling us, 'nothing feels like a Mizuno'.

With both driver and wedge there's an ideal mid-trajectory, just as Mizuno said its large diameter dimples would create. MP-S also generated me with low levels of spin and great distance out of the driver and solid spin rates with the wedge.

On the odd occassion I've played this ball out in the wind, it holds its line particularly well and appears very easy to control from all types of lie.

Although the MP-S is a little expensive and offers a distinctive balance of touch and control that will predominantly appeal to skilled players, any golfer dealing with firm, fast conditions will appreciate this ball's ability to stick to the green.

The updated MP-S from Mizuno is a three-piece Tour-level golf ball that features an ultra soft, tacky urethane cover for exceptional traction on short greenside shots.

The most eye-catching switch on the former MP-S ball is Mizuno has placed its logo on the front of the ball and stuck the new MP-S logo to the side - acting as a great alignment aid on the green.

The MP-S’ extra tacky urethane cover gives this ball some of the softest feel out there with the wedges. We think this ball will suit players who play firm, fast courses as this ball loves to slam the brakes on when required.

While not the longest off the tee, with driver spin bordering around 2500 RPM, we did admire the mid-high trajectory on offer.

On the greens, the ball felt a little too soft at times, especially on long putts, but it felt very pure on short putts. The logo on the side works very well as an alignment aid, too.

When the wind picked up, the ball held its line beautifully in the wind with every club in the bag.

Although the MP-S is very expensive at £50 per dozen and offers a distinctive balance of touch and control that will predominantly appeal to skilled players, any golfer dealing with firm, fast conditions will appreciate this ball's ability to stick to the green.