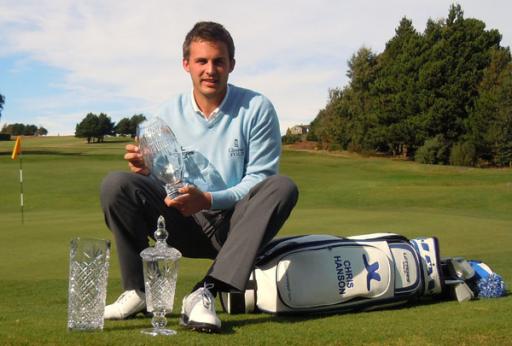 Chris Hanson has used a bag of John Letters clubs to win the prestigious EuroPro Tour order of merit and clinch his place on the European Challenge Tour next season.

The Harrogate golfer’s next target is the European Tour Qualifying School in November where he could leap-frog directly into the big time to earn main Tour playing privileges alongside the world’s best.

Hanson shot rounds of 70, 67 and 66 for a 10-under total to finish tied tenth at the 888Poker.com Tour Championship at Mar Menor in Spain and clinch the moneylist by over £8,500 from his nearest challenger.

In his fourth year as a John Letters staff professional, Hanson celebrated with three Tour wins including Bovey Castle, Galgorm Castle and Mottram Hall - where he won by seven shots. He also recorded nine other top ten finishes.

“Since changing to the John Letters Master Model irons at Christmas I have had my most successful season,” said Hanson. “My level of consistency down down the distance control I’ve achieved. The technical support I’ve received has meant I have been looked after like a European Tour star.”