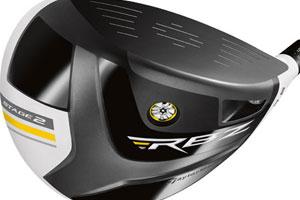 Golf’s most successful ever fairway wood has just got a whole lot RocketBallzier following today’s launch of the RBZ Stage 2.

The new name might sound a little uninspiring but the distance TaylorMade says you will attain most certainly isn’t.

TaylorMade promised us 17 yards in distance gains when unleashing the RBZ fairway last year, and on the whole, it delivered.

Other improvements include an aggresive crown design with strong alignment aid, visually appealing racing line colours that we saw with the new RocketBladez irons and a stronger and thicker face.

TaylorMade has also unveiled RBZ Stage 2 Rescues, which are engineered to be faster and longer than first-generation RocketBallz Rescues.

Key to the performance gains of RBZ Stage 2 fairways and Rescues is high-strength TaylorMade RocketSteel, which creates a thinner and faster-flexing face.

What sets this year’s RBZ Stage 2 lineup apart from previous lines is its playability and ease of launch, which is engineered to do so thanks to the clubhead’s lower profile, shallow face and low CG.

At address, players can easily see how the trailing edge sits low and close to the turf, making these fairways look exceptionally easy to launch, while a non-glare white crown features a new and compelling graphic that is both eye-catching and useful as an alignment aid to promote accurate aiming of the clubface at address.