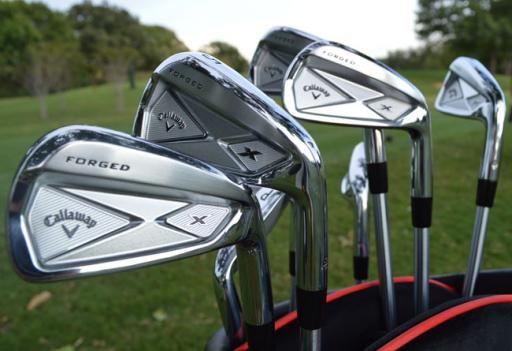 While Callaway hasn’t yet made a formal announcement, the company has offered Golfmagic a sneak peak at its 2013 X Forged irons.

Coming to Europe early next year, the brand adds that extensive feedback from professional Tours have contributed to Callaway’s development process, ensuring the X Forged irons possess the look, sound, feel and performance preferred by the world’s best players.

On first inspection, the clean, cut irons have a distinctive muscleback appearance and have maintained the X design.

Callaway’s recent musclebacks have proved a hit around the world because of what the company is calling CG height progression, which as its name suggests, puts the centre of gravity lower in the long irons for the higher trajectory that Tour pros want. This also places the CG higher in the short irons for a flatter trajectory.

The company has also informed us that four-time major champion and Callaway staff player Phil Mickelson has been testing the X Forged irons on the range and is likely to put them in the bag at next week’s WGC-HSBC Champions in China.

Click through the images below for a closer look.