Stiggy sticks with Wilson for 2012 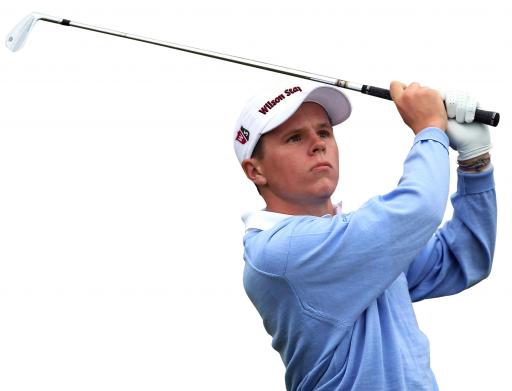 Highly-rated English youngster Stiggy Hodgson has signed with Wilson Staff as he makes the step up from the amateur ranks to the professional game.

The 21-year-old two-time Walker Cup player has played Wilson clubs since the age of ten and will continue stick by the brand which boasts more major victories with its irons than any other manufacturer as he takes on the 2012 Challenge Tour.

The Sunningdale player enjoyed a fruitful time as a junior with back-to-back victories in the Abu Dhabi Junior Golf Championship in 2007 and 2008, before following in the footsteps of Lee Westwood and Justin Rose to claim the prestigious Peter McEvoy trophy.

In the amateur game, Hodgson has accumulated seven top-10 finishes, as well as making it to the semi final and final of the 2009 British Amateur and 2011 Spanish International Amateur Matchplay Championships respectively.

Says Wilson’s business director for Europe Doug Wright: “Stiggy has been in the public eye ever since his junior days, but especially from 2009 when he was the young star of his first Walker Cup match.

“We’re delighted that he’s decided to continue his relationship with Wilson and hope he enjoys a successful first year on the Challenge Tour with the FG Tour V2 irons.”