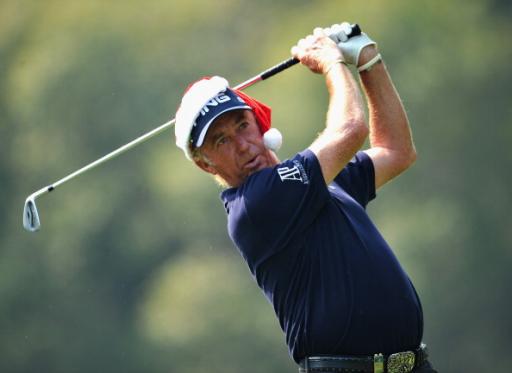 1. Player A in stroke play asks Player B to hold up the flagstick to indicate the position of the hole while playing a pitch up a steep bank. The ball strikes the flagstick whilst being held up by Player B.

2. In stroke play a player substitutes his ball in play as he deems it unfit for play as the surface is scraped.

3. A player's ball lies in a bunker. There is a discarded banana skin next to the ball.

4. A player competes in the Club Championship (stroke play) off a handicap higher than that to which he was entitled. There was a prize for both nett and gross scores. He was disqualified from the nett competition (Rule 6-2b), but claimed he was entitled to the gross prize.

5. Two players begin a match at 10.00 and complete 3 holes before they are informed that the course was closed at 09.00, but no notice had been placed on the 1st tee.

7. A player replaces his ball on the putting green but does not remove his ball-marker. Subsequently the wind moves his ball to a new position.

8. In stroke play a player's ball lies just in front of a divot which is folded over but not completely detached and interferes with his backswing. He replaces the divot and plays his shot.

9. A player who started his round with 14 clubs loses his 9 iron. Is he entitled to replace it during the round

10. In a fourball match where A & B are partners. A deliberately putts away from the hole, further away and on the same line as B's ball to putt first and give him a 'read' for his putt, which he subsequently does. Is this allowed?

Ashley Weller is a PGA Advanced Professional and has been a member of the PGA Rules Panel for nearly 10 years.

Having passed the prestigious R&A Rules School with a class topping 94% in 2011, Ashley has gone on to referee at European Tour level and this year officiated at the Women's British Open at Trump Turnberry.

Having combined life as a Club Pro with his tournament duties since 2006, he is shortly to turn his attention full time to his passion for the Rules and Tournament Administration, combined with course consultancy and Rules evenings, passing on his extensive knowledge to club golfers.

If you are a club golfer and would be interested in Ashley hosting a Rules evening at your club please email him at ashweller@icloud.com for further details.